Government can give gifts to farmers in festive season, 5000 rupees will be given for fertilizer 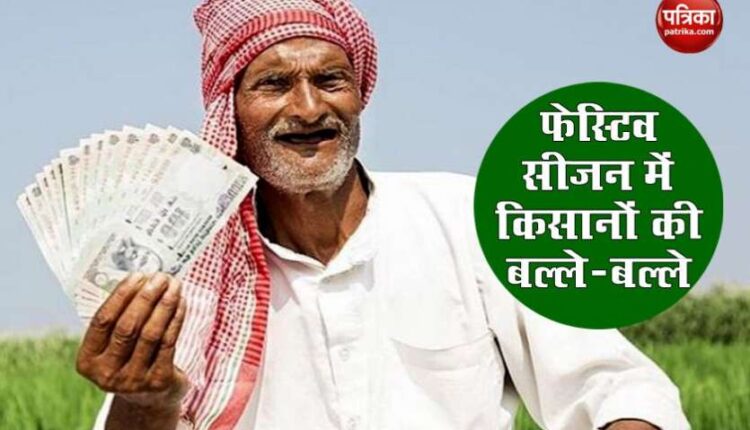 new Delhi. In the festive season, Modi government is preparing to give another big good news to the farmers. Now, farmers will get Rs 5 thousand separately for fertilizer in addition to Rs 6 thousand received under the Prime Minister Kisan Samman Nidhi Scheme (PM Kisan Samman Nidhi Yojana). The government wants to directly benefit farmers rather than giving subsidies to big fertilizer companies. Due to this, now preparations are being made to give this amount in two installments to the farmers.

It is said that the CACP-Commission for Agricultural Costs and Prices had recommended the Central Government for subsidizing fertilizer. Also appealed that the amount be given to them in cash. According to the plan, the first installment is ready to be given to the farmers before the commencement of the Kharif crop and the second at the beginning of Rabi. 2500 rupees will be given to them in both the parts. In such a situation, the subsidy given to Fertilizer Companies will be abolished. It is known that the government used to give a discount to companies to provide fertilizer at a cheaper rate to farmers. Due to this, urea and P&K fertilizers were available in the market at a cheap price, but now farmers will be able to directly take advantage of this.

The rules of ATM Cash Transaction can be big changes after 8 years, RBI may take a big blow