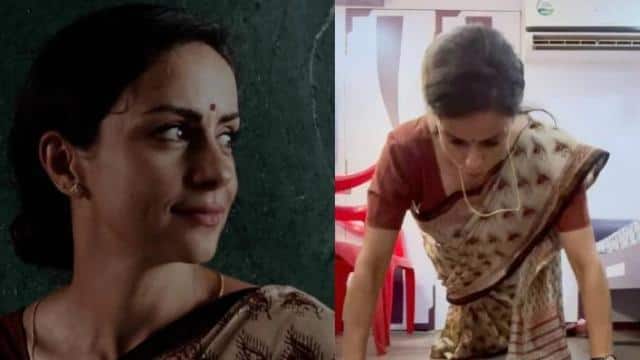 Bollywood actress Gul Panag is always in the news about her fitness. She often shares her workout videos on social media. Recently, he has shared a new video with his fans which is going viral. Actually, in the video, she is seen doing exercises in a different way.

It can be seen in the video that Gul Panag is wearing push ups wearing a sari. His dedication towards fitness is clearly visible. Although it is not a big deal to put up push ups but it is difficult to do this work in saree but in the video, Gul Panag is seen doing workouts in saree very easily.

Happy Birthday Yami Gautam: When Yami Gautam told parents the story of ‘Vicky Donor’, it was such a father’s reaction

This video of Gul Panag is being watched a lot. Fans are praising him in the comment box. While sharing this video on Instagram, the actress wrote in the caption, ‘anytime, anywhere’. Please tell that Gul Panag’s account on Instagram is full of his workout videos.

Pregnant Kareena Kapoor’s sweater came in the news, you will be shocked to know the price

Talk about Work Front, Gul Panag was last seen in the web series ‘Patlalok’. In this, he played the role of Jaideep Ahlawat’s wife. His work in the series was well received. Apart from this, she was seen working in Manoj Bajpayee’s web series ‘The Family Man’.