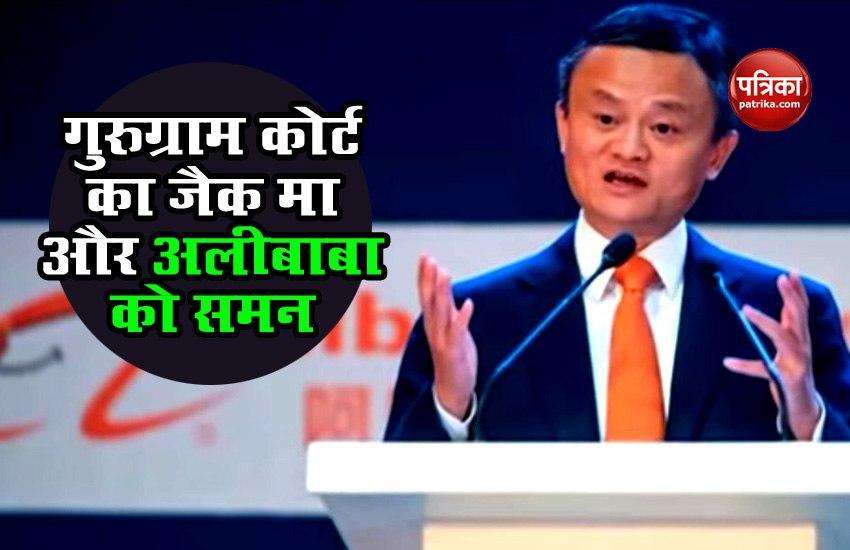 new Delhi. Not only in China but among the world’s leading industrialists, Jack Ma and his company Alibaba have been summoned by the Gurugram District Court. In fact, the court has sent a case of wrongful dismissal of an Indian employee by the company. The victim alleged that he was fired from his job after opposing Fake News running on the company app. Let me tell you that at present, the relationship between India and China (India China Tension) is very bitter, due to which India has also banned China 59 mobile apps from the point of view of security. is. Which includes both Alibaba’s UC Web and UC Browser.

Accused of running fake news
According to the Gurugram court filing, Pushpinder Singh Parmar, the Alibaba’s UC Web Formar Employee, has alleged that the company used to publish UC browser and UC News app Fake News after censoring all content against China, so that Social and political instability may arise. Which he opposed. For which he was unfairly fired.

Also read: Income Tax Refund has not yet been received, so it may cause delay

Order to appear in court by 29
Gurugram District Court Civil Judge Sonia Sheokand has issued summons against Alibaba, Jack Ma and about a dozen people. Also, on behalf of the judge, by July 29, he has also ordered to appear in the court himself or to send the lawyer. At the same time, the company and executives have also been asked by the judge to give a written reply within 30 days.

Also read: Mukesh Ambani may soon leave Mark Zuckerberg behind in terms of richness, know how much distance is left

Ban on 59 mobile apps
Ever since there has been tension between the troops of India and China on the border in Ladakh and 20 soldiers of India have been martyred, the relationship between the two countries has become quite bitter. Because of which, in view of the security of the country, 59 Chinese mobile apps have been banned by the Indian government. After which it has also been criticized by the Chinese companies along with the Chinese government. After which the Government of India has sought Riton Clarification from those companies that censored the content on behalf of those companies or worked for a foreign government.

Forex Reserve set up new record, know how strong the economy is

Sonu Nigam came in support of Kangana Ranaut, said – if Mahesh Bhatt threw her slippers and killed her, she would be telling the truth