Hearing the news of Sameer Sharma’s demise, the onscreen wife was shocked, said – what must have been the matter which she took such a step 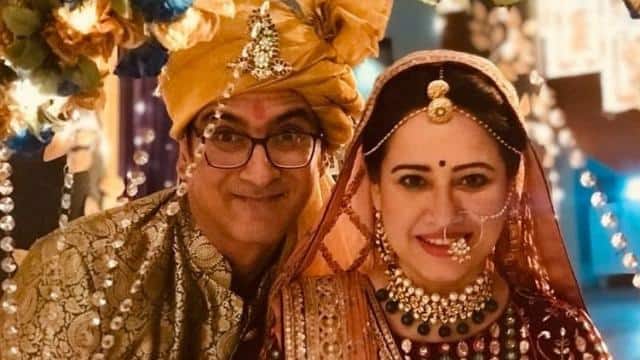 TV actor Sameer Sharma has committed suicide. His body is found hanging from the kitchen fan. The police are involved in the investigation of the matter. Everyone is shocked by Sameer’s demise. Let me tell you that Sameer was working in the show Yeh Rishta Hai Pyaar Ke. Actress Pooja Joshi, who plays his wife in the show, told E-Times that when she got the news of Sameer’s demise, she could not believe it. He said, ‘I got a call from someone and they informed about the demise of Sameer. I was shocked. Initially I thought this would be fake news, but later when I found out, this news proved to be true. I do not understand what would have happened had he taken such a step ‘.

Pooja further told Sameer, “He was my co-star, but he was busy with himself on the set.” There used to be fun on the sets, but he lived on his own. He was quite professional ‘.

Friend Avinash told, there was talk 12 days ago

Avinash Sachdev, who worked with Sameer in the TV show Is Pyar Ko Kya Naam Doon, said that he had spoken to Sameer 12 days ago. Talking to Tele Talk India, Avinash said, 12 days ago I had a conversation with Sameer for at least half an hour. I cannot believe that Sameer is no longer in this world.

Avinash told, we were going to meet after the lockdown was over. When I spoke to Sameer, at that time he looked very positive. He made a comeback to the industry even after taking a break. Very few people do this. I shot two serials with him. Apart from this Pyaar Ko Kya Naam Doon, we shot the serial ‘Ayushman Bhava’. In two years, we had become very good friends.