Himanshi Khurana was seen wearing a red bangle, the photo went viral on social media, the fans asked- Have you got married? 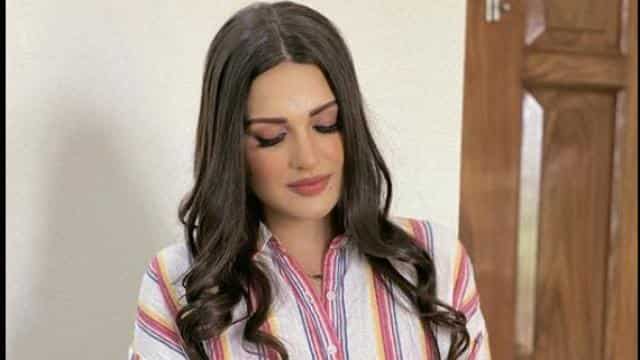 Himanshi Khurana, who came into the limelight from the TV reality show ‘Bigg Boss 13’, is once again in the news. Actually, this time, Asim Riyaz is in the headlines for not sharing a romantic photo or launching a song, but because of his single photo. Himanshi Khurana recently shared a photo on her social media account, in which she was seen wearing a red bangle. What was it then? People started speculating whether they have married with Asim Riaz. That too amid lockdowns. Let us tell you that Himanshi often does photoshoot in the bride’s dress. His photos are quite viral on social media.

Let us tell you that Asim Riaz and Punjabi actress Himanshi Khurana have released two songs after coming out of the Bigg Boss Show. Their romance has been seen in both. In Punjab, the hit couple has recently released a new song ‘Khyal Rakhya Kar’ on YouTube. However, before the release of the song, a video clip of this couple was viral.

Masks on the mouth and caps on the head, some of our ‘coolie’ Varun Dhawan, seen in this style, shared the photo on social media

In between there was news that both of them had a breakup. Actually, Himanshi tweeted at around 12.15 pm on the night of April 7, in which he wrote ‘Nobody wants to see us together’. Along with this, he also created a broken hearted emoji. After this tweet by Himanshi, the fans on social media started wishing for the pair to continue by tweeting one after the other. After this, Asim retweeted the tweet and wrote, ‘Himanshi I am always with you. There is no point in what they say or do. ‘ After Asim’s tweet, it was clear that the relationship still exists.

Three cases of corona were found in Boney Kapoor’s house, Jahnavi said- We were all very nervous for 5-6 days.

People had advised Kareena Kapoor not to marry Saif Ali Khan, said – He is the father of 2 children and divorced