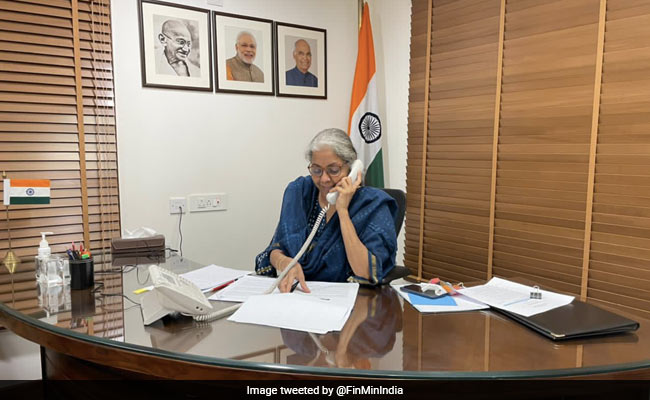 Finance Minister Nirmala Sitharaman tweeted about this and also tagged Infosys and its co-founder Nandan Nilekani, the company developing the new website. He said that many users have complained of errors. It is expected that the facilities being provided to the taxpayers will not be affected.

Your take home salary will decrease, but retirement fund will increase, new rules may be implemented soon

He wrote in the tweet, ‘The much awaited e-filing portal 2.0 launched last night at 8.45 am. I see on my timeline that many people have complained about the glitches. Hope Infosys and Nandan Nilekani will not disappoint about the quality of facilities being provided to our taxpayers. Ease should be our priority for taxpayers.

The much awaited e-filing portal 2.0 was launched last night 20:45hrs.

I see in my TL grievances and glitches.

Hope @Infosys & @NandanNilekani will not let down our taxpayers in the quality of service being provided.

Ease in compliance for the taxpayer should be our priority. https://t.co/iRtyKaURLc

Let us tell you that this new website of income tax return filing has been developed by the country’s largest information technology company Infosys. This project was started in 2019. The cabinet headed by Prime Minister Narendra Modi had approved the creation of this website. The company had received Rs 4,241.97 crore for this project. The government’s goal was to launch a taxpayer friendly and next generation e-filing portal for one income tax return.

Its biggest feature was that there was an emphasis on reducing the time of processing of income tax returns. Now the processing of ITR used to take around 65-66 days, but the target was to complete this processing in a day. Let us tell you that Nandan Nilekani’s Infosys had also prepared the website of Goods and Services Tax. Apart from this, the concept of Aadhaar is also believed to be of Nilekani. He has also been the chairman of UIDAI (Unique Identification Authority of India).

Many new features have been added to this new website. The biggest advantage is to get ITR refund quickly. Apart from this, taxpayers will get the facility of software to help them in filling the pre-filled ITR forms and many other ITR forms. At the same time, many new payment methods have been added to it. A mobile app will also be launched soon.

ITR E-Filing 2.0: New portal of income tax started, you got these new facilities, must see

There was no change in interest rates from RBI, know where you will get more benefit by getting FD