How was the relationship between Sushant and Riya Chakraborty, the actor’s friend Samuel told 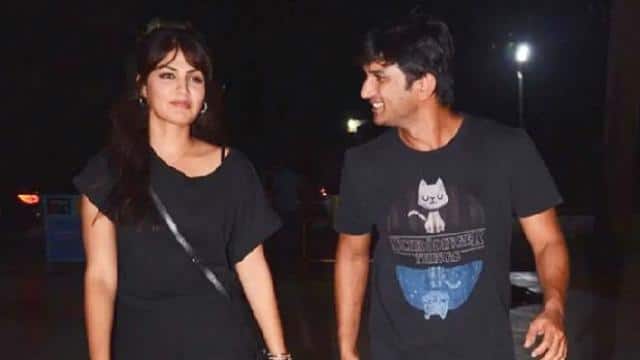 Samuel Hawkip, an old flatmate and friend of Sushant Singh Rajput, recently revealed some things about the actor and Riya Chakraborty. Now Samuel has given many important information in Sushant case in an interview to Spotboye. Samuel said that he used to work as Sushant’s legal advisor. He said, ‘My main focus is drafting Sushant’s film contracts, House Help or whoever is working with Sushant. Sushant considered me his younger brother ‘.

On Sushant and Riya’s relationship, Samuel said, “In Sushant’s life, Riya came in April and I left in July. Then both lived like a normal couple. At that time I did not see anything wrong. Maybe later there were some problems in their relationship. Riya previously lived in Khar with her family. Me and Sushant went to their house for dinner several times. She also sometimes came to Sushant’s house and we used to chill. At that time, the love of both was beginning. At first, only me, Sushant and househelp Keshav and cook Neeraj lived at home. After this Riya started living there and then Siddharth Pithani also came there.

Why did you leave the job

Samuel said, Sushant’s sister Priyanka Di and her husband Siddharth who are very famous lawyers in Delhi came to Sushant’s house. Sushant’s brother-in-law asked me if I wanted to work with Sushant or to pursue my career as a lawyer, he offered me a job. Being a friend, I wanted to be with Sushant, but I had to see my career as well. Then I decided to go to Delhi and start my practice.

If you have not made Sovereign Gold Bond investment, then there is a chance to buy cheap gold, know how much will benefit