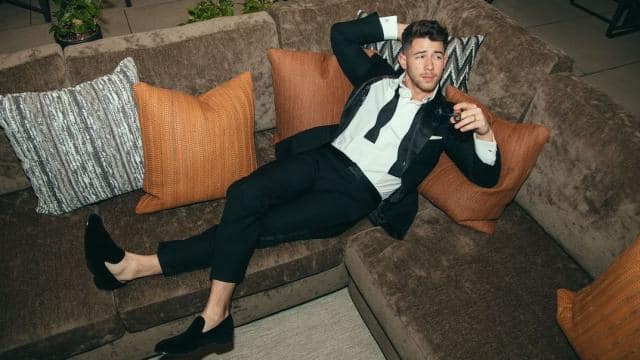 Nick Jonas, the American husband of actress Priyanka Chopra, loves Indian culture. His pictures have been seen during several important Hindu festivals from Diwali to Karvachauth. Nick Jonas says that he celebrates Diwali with as much enthusiasm as he celebrates Christmas. Not only this, they also enjoy Indian food. In the Hindustan Times leadership, Nick Jonas said that my love for Priyanka is like love for India. I enjoy Indian foods a lot. Meanwhile, Priyanka Chopra said that Nick Jonas loves laddus.

Nick Jonas is often seen celebrating the Indian festival with Priyanka Chopra. On the occasion of Diwali, he shared a picture with Priyanka holding diya. Not only this, Priyanka Chopra also celebrated Karvachauth. Regarding India, Nick Jonas says that he had traveled a lot in a decade-long film career, but not much was known about post-India.

However, after getting married to Priyanka Chopra, she has a chance to understand India and has come close to India continuously. Please tell that Nick Jonas also married Priyanka Chopra by Hindu customs. Not only this, he also took 7 rounds with Priyanka as a groom fully dressed in Indian costumes.

HTLS 2020: Priyanka Chopra wants to come to India with husband Nick in Holi

Not only this, Priyanka Chopra said that she is in talks with Bollywood producers and directors and that she can be seen in a Hindi film by the end of next year. Let me tell you that Priyanka Chopra has been one of the few actresses in India who have made their way out of Bollywood and got recognized by their work in Hollywood.