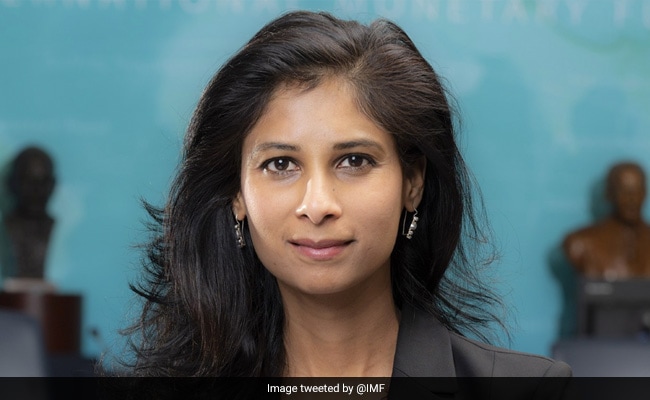 Gita Gopinath will be the next First Deputy Managing Director of IMF.

IMF means International Monetary Fund High-Profile Chief Economist Gita Gopinath Promoted in the institution, he has been given the rank of number two officer. The IMF announced on Thursday that Geeta Gopinath will succeed Geoffrey Okamoto next month and will become the first deputy managing director. After IMF chief Kristalina Georgieva, Geeta Gopinath will be number one. This will be the first time that women will sit in the top two positions in this international organization based in Washington. Georgieva has described Gopinath as ‘the right person at the right time’ for this leadership role.

His appointment was announced by the IMF Chief, in which he said that ‘..especially when the macroeconomic challenges facing our member countries due to the pandemic are big, I believe that Geeta, who is recognized as the top macroeconomist in the world. He has exactly what we need in our first deputy managing director.

After being elected to this post, Gita Gopinath expressed her gratitude for this appointment in a tweet on Twitter and expressed her commitment to fight the challenges of the pandemic.

I am honored to become the IMF’s First Deputy Managing Director. With the pandemic, the work of the Fund has never been more important. I look forward to working with my brilliant colleagues to help our membership face these important challenges.https://t.co/jpp3C7dRog

Let us inform that Gita Gopanith became the Chief Economist of the IMF in October 2018. There was talk that in January next year she would return to her teaching position at Harvard University, but now with this appointment it is clear that she is leaving the university.

Video: The fall in Indian GDP is affecting the economy of the whole world – Gita Gopinath

Petrol, Diesel Price: Crude oil became cheaper by $ 14 in a month, here the prices of petrol and diesel remain the same

The dream of buying Mercedes, Audi became a little more expensive, the prices of vehicles are increasing, Maruti Suzuki is also in the line