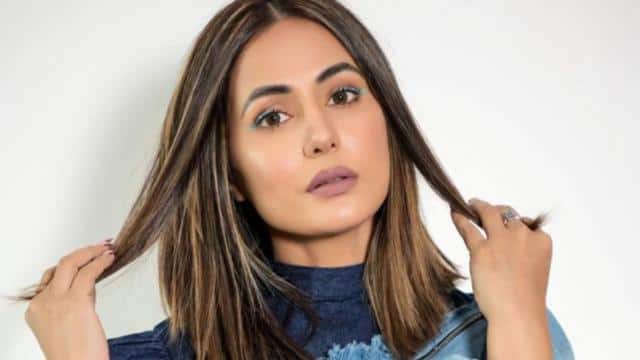 Actress Hina Khan keeps her opinion open on every issue. Recently, an editor joked about Hina Khan joining Kans. When did he say that Kansa became Kandivali? Along with this, he also made a difference in TV and film industry. When Hina Khan was asked about it, she first laughed and then said – Yes, TV has always been seen below from the film industry.

Says Hina, “These are the people who use us and our platform to promote their projects. TV has the highest reach. All these things make it clear how the film and TV industry are differentiated. TV actors are seen as laborers. TV actors work very hard, and mostly they work in double shifts. We are told how many times we consider ourselves as the emperors of acting, but what to do, this is the demand of our audience. Give us a chance and a chance to prove yourself. We can also act easily. “

Heena Khan’s involvement in Cannes was supported by many Bollywood actors including TV. Even Hina Khan was introduced by Priyanka Chopra with the tag of a top star. Hina Khan says, “Priyanka Chopra is a woman and actor whom I admire greatly. They treated me very well and it did not end there. I am still attached to them. There are many Indian designers who do not give me clothes and it is quite sad. I have to approach many Hollywood designers, they love me. They always message me and appreciate my work. They never discriminate like Indian designers do. “

Hina Khan adds, “I would like to give credit to my boyfriend Rocky, he has supported me a lot.” He has told me that what you are doing is right, good, people are talking about you. You raised your voice, that’s what matters. “