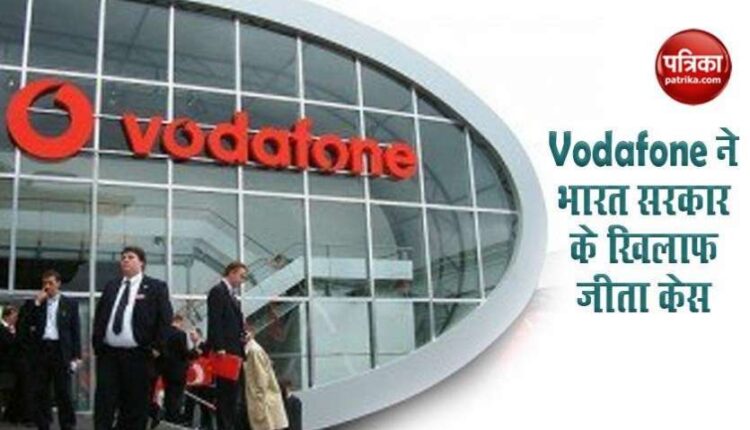 new Delhi. Vodafone wins international arbitration against India: The ongoing dispute with Vodafone Group Plc and the Government of India is now over. Vodafone Group Plc has won a retrospective tax case of Rs 20,000 crore against the Indian government. The Hague Court on Friday said that the Indian Tax Department has not done its job properly, saying that the judgment against the Government of India. The court also said that the tax imposed by the Indian government on Vodafone is a violation of the agreement between India and the Netherlands.

The court said in its ruling that the Indian government should stop demanding the amount owed to Vodafone and the company should pay $ 54.7 lakh as compensation for the amount spent in fighting the legal battle. But till now no response has been expressed by the Finance Ministry of both of them.

Vodafone had challenged that India was demanding Rs 20,000 crore as interest and penalties from them. On which the court has reprimanded the Government of India.

This dispute started from here

In fact, in the year 2007, Vodafone had taken a 67% stake in Hong Kong for $ 11 billion from Hutchison Whampoa of Hong Kong, where the entire controversy started. Now the government believed that Vodafone would have to pay tax for this but the company was not agreeing to it at all. After this the dispute reached the court and in 2012, the Supreme Court ruled in favor of Vodafone. The Supreme Court had said in its judgment that Vodafone had deemed the Income Tax Act 1961 to be correct. He said that the deal that happened in 2007 was not within the tax net, so now it cannot be taxed. After which the Government of India has suffered defeat.

Good news for employed people, the government is giving the first installment of PF interest, check your account