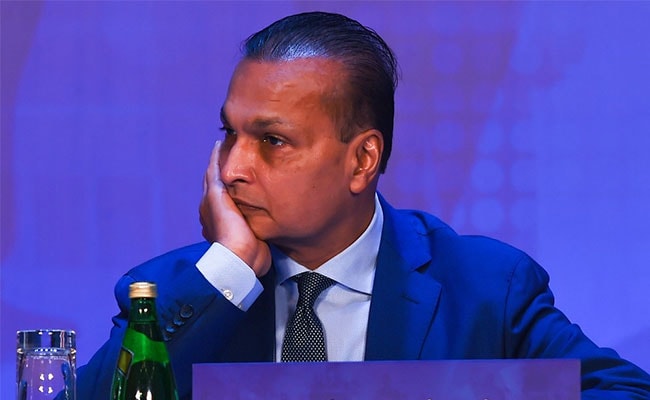 Meanwhile, the company in a statement welcomed the RBI’s move to resolve the debt under the Insolvency and Bankruptcy Code. According to the statement, “the company will fully cooperate with the administrator appointed by the Reserve Bank for speedy resolution of the loan in the interest of all the parties.”

It is the third largest NBFC against which the central bank will initiate insolvency proceedings under the Insolvency and Bankruptcy Code (IBC). Earlier, the Reserve Bank had initiated similar proceedings against Srei Group’s NBFCs and Dewan Housing Finance Corporation (DHFL). The proceedings against DHFL have been completed while Srei’s case is still pending.

read this also : Will Reliance’s succession be distributed among your children? Or will Mukesh Ambani drink ‘milk burnt’ after blowing buttermilk?

According to the statement, “The Reserve Bank will soon initiate the resolution process in respect of the company under the Insolvency and Insolvency (Insolvency and Liquidation Proceedings of Financial Service Providers and Application to the Adjudicating Authority) Rules, 2019.” The Reserve Bank will also request the National Company Law Tribunal (NCLT), Mumbai to appoint an administrator as insolvency resolution professional.

Let us tell you that Reliance Capital had informed shareholders in the Annual General Meeting in September that the company has a consolidated debt of Rs 40,000 crore. The company reported a consolidated loss of Rs 1,156 crore in the second quarter of the current financial year as against income of Rs 6,001 crore. During the financial year 2020-21, the company had a loss of Rs 9,287 crore while the total income was Rs 19,308 crore.

Reliance Capital said in a statement that some of the lenders have taken legal steps. Due to this 10 cases are pending in various forums including Supreme Court, Mumbai High Court, Delhi High Court. This has adversely affected the company’s debt resolution efforts. “The company has a profitable and valuable operating business with 100 per cent stake in Reliance General Insurance (RGIC) and 51 per cent stake in Reliance Nippon Life Insurance (RNLIC),” the statement said. The bank has no outstanding loans and about 95 per cent of the loans are in the form of debentures. According to the statement, he is positive about the speedy resolution of his debt.

Petrol, Diesel Price: There is a tremendous jump of 4.29% in crude oil, see the price of petrol and diesel in your city

Gold Price Today: Gold and silver are becoming increasingly expensive, gold above 47,200 in Delhi, here are the latest prices