Interesting is the love story of Neha Kakkar and Rohanpreet Singh, said – The first time I met Neha on the sets of ‘Nehu the Vyah’ 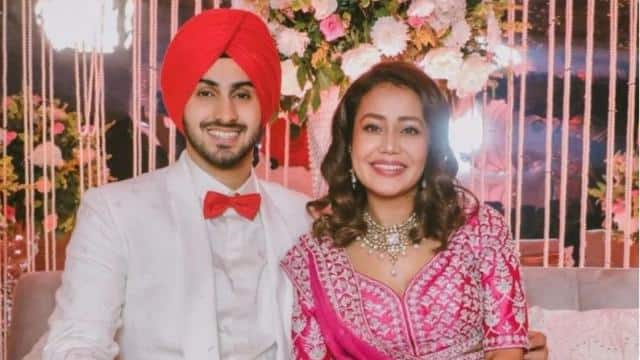 Someone has told the truth, many people fall in love with them at a glance. Something similar has happened with Neha Kakkar and Rohanpreet Singh. The duo came together for the song ‘Nehu the Vyah’. Only met each other for the first time. On how to meet, Rohanpreet Singh says that he did not know that the song Neha has written will be true for both of them in real life.

Rohanpreet says, “We both met each other for the first time on the set of the song Nehru the Vyah. I did not know how Neha wrote the lines of the song. And, didn’t even know that these lines would one day come true in our real life. This song changed my life for good. “

Rohanpreet Singh adds that for me it was love at first sight. Neha is a girl who is attached to the earth. After knowing that I planned to propose. One day proposed with courage and Neha said yes. Shukar is my God

Tiger Shroff will romance Nupur Sanon and Nora Fatehi in the film ‘Ganpat’!

Neha says that she felt an attraction for Rohanpreet. I realized in the early days that yes, this is the right life partner for me.

Akshay Kumar’s film ‘Laxmi’ is going to be released on OTT, share the post and said – Open the door and welcome