Investors became successful even during the Corona era, know the success story in statistics 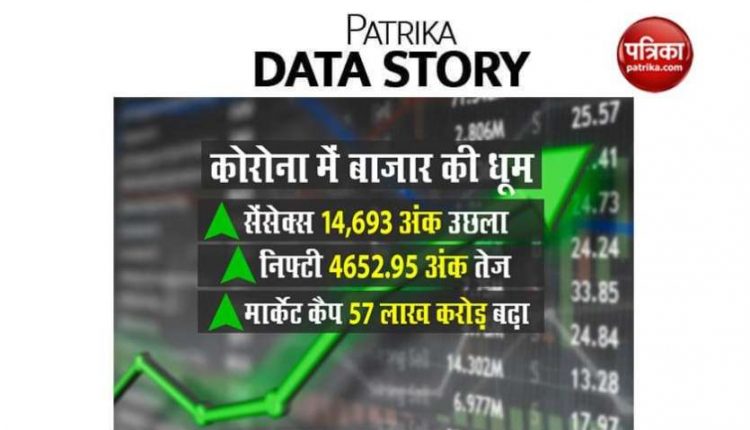 new Delhi. The Kovid 19 virus became one year old on 17 November 2020. If we talk about India, then its entry was seen in March. While this year was going to be quite rough for PM Narendra Modi, the equity boom in the financial year 2020-21 made it much easier. In the entire prime ministerial period of Narendra Modi till now, this round of equity in terms of 2020 will be less if it is called memorable. Sensex is at a new high. The Nifty 50 is visible at peak so far. Investors have also earned. Let us also try to explain to you from the statistics of the stock market success story. Nifty at 50 record high
According to experts, if you look at the performance of all the indices around the world, the performance of Nifty 50 will be called the best. Especially in this epidemic period. To prove this, it is necessary to look at the figures of the National Stock Exchange. The first was about the financial year of the Corona era. The Nifty saw a big jump of 4652.95 points in the first seven and a half months of this financial year. Whereas since 2014, the Nifty has seen a rise of 6229.85 points. It is clear that 75 percent of the total boom was seen in the early months of this year. In these seven years, 2015 has been the only year in which the Nifty has fallen by 630.55 points during the same period. Investors became rich
Experts and many reports have proved that during the Corona period there has been an increase in the number of investors investing in the stock market. The fall in the market in March took advantage of the general investors of the country after April. One of the reasons for this was that the country had a completely strict lockdown in the month of April. People invested online by sitting at home. After which the market gained momentum. From April to November 17, the market cap of BSE had crossed 170 million crore. During this period, the market saw an increase of Rs 57,07,541.25 crore. Whereas Modi Aira has gained Rs 96,41,001.75 crore since 2014. In the first seven and a half months of 2020, the total increase has been 59.14 per cent. There was a loss of Rs 5689.10 crore during the same period in 2018. While in 2015, the market cap was reduced by Rs 4,39,219.93 crore due to higher profit booking. Bigg Boss 14: Shardul Pandit has now opened Kavita Kaushik’s poll, said- the time has come to tell the truth about them