Irfan Khan’s son Babil appealed to the people, said – Speak openly on nepotism but it is wrong to use the name of Sushant Singh Rajput in it 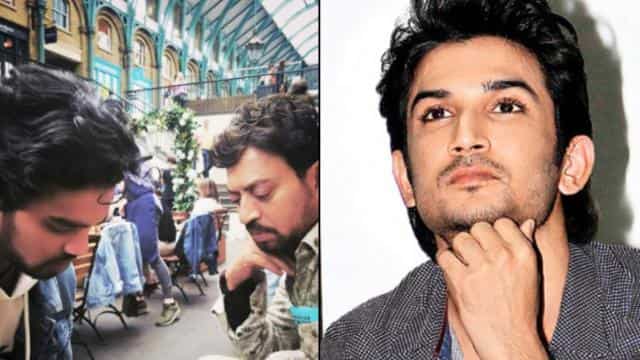 Bollywood actor Sushant Singh Rajput’s suicide has rocked everyone. Meanwhile, the real face of Bollywood industry is also coming out. Everyone is talking about nepotism and discrimination. All are speaking on their struts. Everyone is blaming each other. Even some people are blaming the death of Sushant’s roomy girlfriend Riya Chakraborty on social media. There is a lot of controversy surrounding Sushant’s death. Now Irrfan Khan’s son Babil Khan has written a post about Sushant and Nepotism. Babil writes that everyone is blaming each other. We have lost two very wonderful people. It was a big shock for all of us. Most of all, the way Sushant left us.

Babil says to question nepotism but it is not right to make Sushant Singh Rajput’s suicide a reason. Stand up for right. If you want to stand against nepotism, stand up. You people should stop investing things yourself because by doing this you are hurting Sushant’s family. Read full post …

Let me tell you that earlier Irrfan Khan’s wife Sutapa also shared the post, in which he also wrote a talk about supporting Riya Chakraborty. Riya Chakraborty has been trolling on social media since Sushant’s suicide. Many people are holding him responsible. In such a situation, Sutapa wrote that we do not know what would have happened between the two people. So it is wrong to say anything about anything. I am with girls whose name is being used on social media. Think how many people have trolled Riya, yet. Without knowing anything on social media, it is wrong to comment.

Sushant committed suicide by hanging himself in his house in Mumbai on 14 June. He was cremated on 15 June and the ashes were immersed in Patna. Let us tell that Sushant was in depression for the last six months and he stopped taking his medicines for some time.

Another film to be made on Sushant Singh Rajput, Yeh Hoga Naam