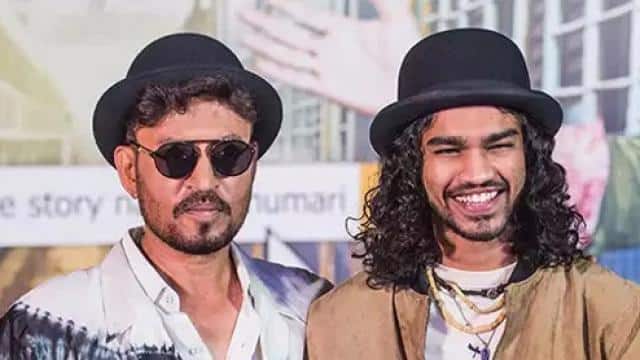 Irfan Khan’s son Babil keeps sharing memories of his father. Now Babil has shared the memes of Irfan which the actor himself sent to him. Sharing this meme, Babil wrote, he himself sent it some time ago.

So the other one commented, now we know where this sense of humor came from inside you. One wrote, Irfan Saheb will always be a legend.

Earlier also Babil had posted about Irfan. Babil wrote, ‘When I change places while walking along the banks of the lake, I like how you still touch my soul today. I made that leap after learning that she was a comic. You said that that’s all you have to do. Commenting on this emotional post, Irfan’s wife also wrote, ‘I have kept this sweater of yours to capture this moment.’

Sunil Shetty said about Salman Khan- He has always been misunderstood

Sutapa said – Irfan was not a Husband material

Irrfan’s wife Sutapa had said in an interview, “Irrfan was not a Husband material. I sometimes ask them to do some normal things like celebrating a birthday, but to no avail ‘.

Sutapa told how he was when he was married to Irrfan after many years of relationship. Sutapa said that she could never find any fault in him as he could not remember even his own birthday. However, with the small effort made by Irfan, Sutapa got a special feel.

Sutapa said, ‘Irrfan used to sing Bengali songs for me because he knew that I loved Bengali songs very much. Irrfan cannot be defined as a husband, father and star according to social definitions because he surprised you by crossing every definition. He was very special to me and always will be.

Himanshi Khurana spoke on Kangana Ranaut’s tweet on the farmers’ movement – give them a wrong angle, learn from them