Jahnavi Kapoor remembers mother Sridevi, shared the video and said – If you cannot go out in lockdown then refresh old memories 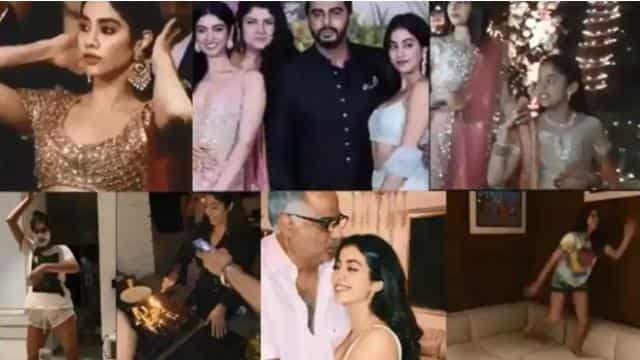 Actress Jahnavi Kapoor is missing her mother Sridevi a lot. She often shares her old photos with him on social media. This time he shared a video with Sridevi. Have told the fans what they have learned and felt at home due to the lockdown. In the video, Jahnavi has added some old clips, including tales of time spent with the late mother Sridevi, Boney Kapoor, brother Arjun Kapoor and sister Khushi Kapoor. Also, Jahnavi can be seen in this video doing many fun things. Like cooking and dancing on the couch.

While sharing the video on Instagram, Jahnavi writes that quarantine tape, click and see how I am having fun in lockdown. In the video you can see that Jahnavi has shared some memories of her childhood, moments spent with mother on the set, birthday party, besides talking about the things that are in her heart and mind.

Let me tell you that recently Jahnavi Kapoor shared a photo on social media remembering mother Sridevi. This photo was of his childhood, where Jahnavi Kapoor was seen very young. Posting the photo, Jahnavi created a heart emoji.

Divyanka Tripathi could not stop tears while talking on X-Sharad Malhotra, old video is going viral

Let us know that the lockdown is applicable in the whole country. All film and serial shoots are banned. Jahnavi Kapoor is currently spending quality time with her sisters Khushi and Papa Boney Kapoor. Let me tell you that younger sister Khushi has come to Mumbai from New York. Both flows are currently in self-isolation. Both sisters are entertaining fans by sharing their photos and videos on social media.

Now UP will also run trains! CM Yogi Adityanath said – no laborers returned to their homes

Now PF will be cut by 10% instead of 12, the share of take home salary will increase