Jaideep Ahlawat reacted to Alia Bhatt being a ‘nepotism product’, said- she is one of the best actress 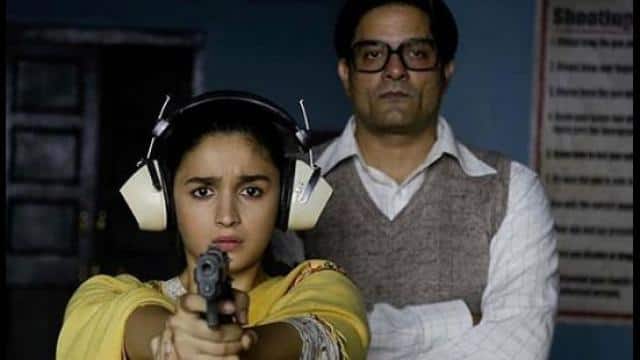 Actor Jaideep Ahlawat has described Alia Bhatt as one of the best actresses in the film industry, ignoring the debate of nepotism and discrimination. Both of them worked together in the film ‘Raazi’.

Let me tell you that after the death of actor Sushant Singh Rajput in June, Alia and other star kids have become angry on social media due to being a ‘nepotism product’. Now Jaideep has said in favor of Alia that he is a great artist. Speaking to Filmfare, Jaideep said, “Based on all the times I’ve worked with Alia in ‘Raazi’, I can say that she is one of the best actresses in the industry. She is very hardworking and talented and yet she continues to do something better. No one can tell you better than Meghna Gulzar how hard Aaliya worked in that film. ”

Jaideep left his mark in everyone’s heart with his brilliant performance in Amazon Prime’s ‘Patal Lok’. Alia also praised Jaideep on the release of ‘Patal Lok’. Alia praised Jaideep with her Instagram stories. He shared a poster and wrote, “Wow! What a great show. Jaideep Ahlawat You performed very well. I have no words left to praise you. Congratulations to the entire cast. I am a fan of all of you. ”

On the debate of nepotism in the film industry, Jaideep said that this is a fact of life and it will be seen in all sections of the society. He says, “I personally believe that this debate of nepotism in the country is just a media agenda. They have started this debate under politics. If I talk about the word, it is not ‘nepotism’ Rather ‘partisanship’ seems right. It is everywhere, in every field, whether it is politics, corporate world or your home. If parents like a child more then what will you do about it? Will you cry about it? “

He further says that I can give you the names of 100 such people who are in politics due to bias, but our media turns away from this. I am the son of a farmer and a school teacher. If tomorrow, a child from my village comes to Mumbai, do you think I should not take his side? I will This will probably not make their journey as difficult as mine.

Significantly, Jaideep was last seen in ‘Khali Yellow’ alongside Ishaan Khattar and Ananya Pandey. He played the villain in the film.

Will you benefit from Covid-19 loan relief? Will there be relief on credit card dues? Know here

Kangana Ranaut targeted many celebs including Saadha Kareena, Sonam Kapoor, and said – why are their faces stitched for Nikita?