Javed Akhtar told- If Farhan and Zoya took drugs, what would they do 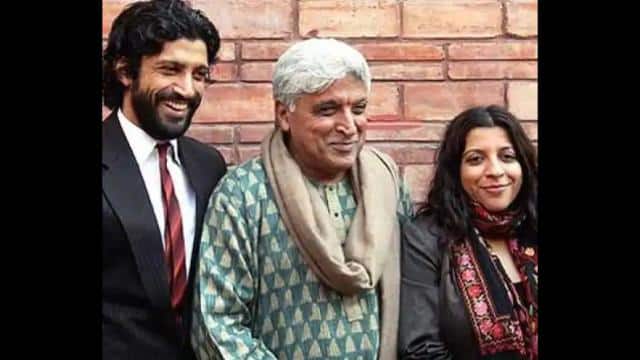 The issue of drugs connection of Bollywood has been in the news for the last few days. The names of many celebs have been revealed so far in the drugs case. Now recently Javed Akhtar told what would have happened if Farhan and Zoya had taken drugs. Javed said, ‘I used to tell them don’t do this. This is simply not true. After 1991, I did not touch alcohol. Earlier I used to drink alcohol everyday. Now, if I know that my daughter is taking marijuana, I would refuse it. If she would have agreed with me, but if she had not, then what would I have done. She is now grown up. These things also apply to my son.

Javed continued, ‘Charas and ganja are now common and are found outside every college. It would be wrong to associate it with drugs. I never heard that someone murdered after smoking marijuana. ‘

Before that, Javed Akhtar had commented on Karan Johar’s party video, which is being claimed that all the celebs had taken drugs in it.

Javad wrote on social media about that video, ‘If Karan Johar had called some farmers in his party too, then the life of TV channels would have been easier. They don’t have to choose one of the farmers’ demonstrations and Karan’s party! It seems that Karan’s party is the second most favorite ‘party’ in our channels. ‘

Bobby Deol, who could never say his heart to Dharmendra, said – I will not let this happen to my children

Let us know that Deepika Padukone, Sara Ali Khan, Shraddha Kapoor and Rakul Preet have been questioned about drugs after the arrest of Riya Chakraborty and her brother Shouvik in the drugs case.

KBC 12: Amitabh Bachchan told in the show, the migrant laborers were taken home by plane in lockdown