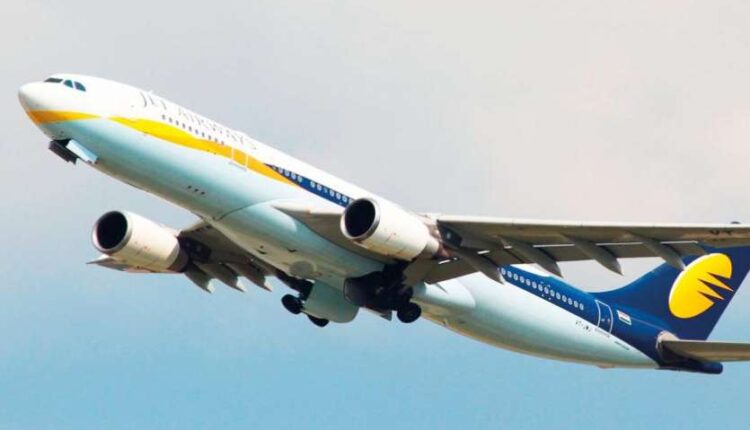 new Delhi. Jet Airways is not much for the last few days but it is in the news. The process of restarting Jet Airways was in progress for the past few days. Now its revival plan has been approved. Even before the approval on Saturday, the shares of the company had seen a rise of about 5 percent on Friday. Surprisingly, Jet Airways shares have seen a rise of over 30 per cent in this month, ie in the month of October. Let us tell you that in the month of January, the company’s shares touched a record 52-week high with Rs. 50. Let us also tell you that this month the share of Jet Airways has come down from how many rupees to how many rupees.

Also read: Gold Rate Down: Gold became cheaper by 5800 rupees before Dussehra, know how much the price can fall by Diwali

5 percent rise on Friday
Jet Airways stock was up 5 percent on Friday. According to experts, even if the company’s revival plan was approved on Saturday, its effect was seen from Friday itself. The airline’s shares saw a big impact of that 5 percent. The company’s shares closed at Rs 40.15. While 38.25 were opened at Rs. The rise in the shares of the company is a big relief for the investors who have invested in the shares of this airline.

Also read: Get up to Rs 8.5 lakh discount on your favorite cars, know what kind of offers are available in Navratri

More than 30% increase in October
If we talk about October, then this month the shares of the company have seen a rise of more than 30 percent. The airline’s shares closed at Rs 28.15 on October 1, while the figure reached Rs 40.15 on October 16. This means that the company’s shares have seen a boom during this period. The reason for this is the rapid work in the revival plan of Jet Airways.

Revival plan approved
The planes of the bankrupt private airline Jet Airways will once again fly. Jet Airways said on Saturday that the resolution plan submitted by Murari Lal Jalan and Florian Fritch won the bid to acquire the airline. The announcement was made by the resolution professional of Jet Airways. Jet Airways RP Ashish Chavachharia said the creditors’ committee has concluded e-voting on the final proposal plans submitted by the two shortlisted bidders.

The airline has a loan of more than 10 thousand crores
Private sector Jet Airways has been closed since April last year. Jet Airways founder Naresh Goyal resigned as chairman in March 2019. Naresh Goyal was also arrested due to financial irregularities. The airline owes banks more than Rs 10,000 crore. When the airline was shut down in April 2019, the company’s stock was at Rs 265.95. The market cap of the company at that time was more than 3000 thousand crores.