Kalyan Jewelers became the hallmark of success and credibility, today are among the richest people in Asia 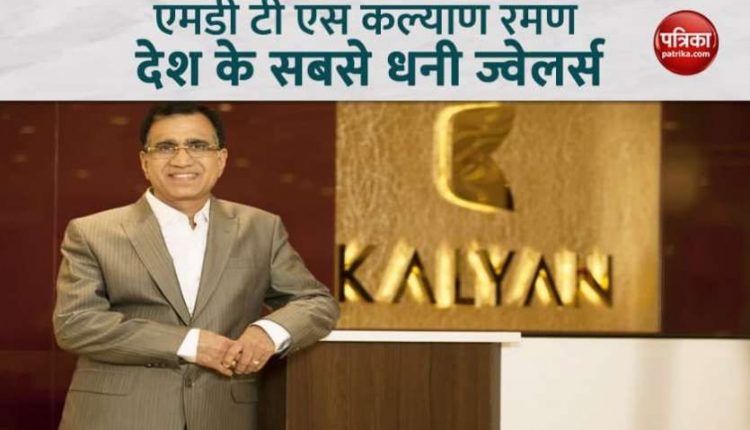 new Delhi. Success is never easily met by a human being. Every person has to pay a huge price to get it. And in such a situation, the success story becomes more interesting when his name gets in the list of world’s richest person. One such person is named TS Kalyanaraman. Let us know what is the secret of the success of TS Kalyanaraman. TS Kalyanaraman started his career from a small clothing shop. In addition to handling the shop, he also continued his studies. There were gold and silver shops around his clothes shop and after being surrounded by these gold and silver, he made his move towards this. The result of which is that from their first start, the soil started spewing gold. And today this gold and silver-gold jewellery made him a billionaire.

Kalyan Jewelers currently has 105 showrooms in total which have opened across India and West Asia. Out of which 12 showrooms are in West Asia, the rest have spread to all parts of the country. Many big movie stars were made brand ambassadors

Kalyan Jewelers has made many big movie stars their own brand ambassador (Kalyan Jewelers Brand Ambassador), whether it is Amitabh Bachchan or Prabhu Ganesh. After this, Sonam Kapoor emerged as the brand ambassador of Kalyan Jewelers in 2016.

Bigg Boss 14: A fierce debate between Rakhi Sawant and Arshi Khan, item girl said – Corona is coming out of your mouth

There is a savings account in the post office, so you have to keep at least this much balance, otherwise you can cut 100 rupees daily!