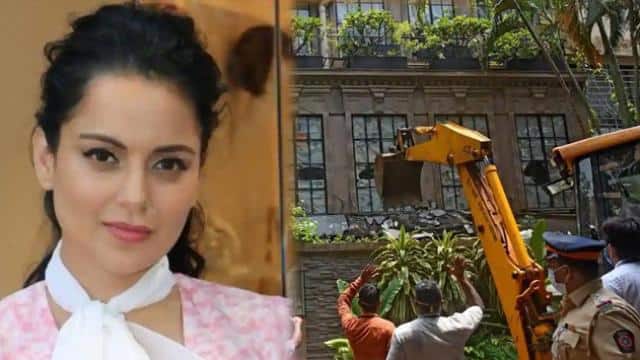 Actress Kangana Ranaut has blocked Bigg Boss fame Himanshi Khurana after the Twitter war over the farmer movement. Himanshi Khurana himself has informed about this through Instagram. Himanshi has shared a screenshot of Kangana being blocked on Twitter. Not only this, while taunting Kangana once again, Himani has written in the caption ‘Woh karta block’. The dispute between the two was sparked by Kangana’s tweet in which she claimed involvement of some traitorous elements in the peasant movement. Kangana wrote an article tweeting, ‘Shem … everyone is baking their bread in the name of farmers. Hopefully, the government will not allow the traitorous elements to take advantage of it and will not allow the blood-thirsty vultures and pieces gangs to re-create the situation of riots like Shaheen Bagh. ‘

Himanshi Khurana reacted sharply to Kangana’s tweet after making several comments. Himanshi wrote, “Come on, there is no difference between you and Bollywood, because according to you, there was a wrong with you.” So you could probably connect more with the farmers … whether they are wrong or right, but all this is not less than dictatorship. ‘ Not only this, while answering Kangana’s tweet, Himanshi wrote in another comment, “According to you, do not have the right to demand security from the government.” Apart from this, while sharing the screenshot of Kangana’s tweet on Instagram, Himanshi wrote, ‘Oh, now she has become a spokesperson. Someone should learn from them to give a wrong angle so that these people do something tomorrow, have already spread it among the people why there will be riots.

Apart from Bigg Boss fame Himanshi, many other Punjabi stars also severely criticized Kangana. Kangana was condemned by Punjabi singers Sukhe and Ammy Virk. Ammy Virk wrote, ‘Shame on you sister, nothing more important than people. You are saying this about your own elderly people. When a part of your building fell in Bombay, you rocked the whole world. Here the government is abolishing our rights. ‘ Himanshi also wrote another comment on Kangana in the same manner, writing on Instagram, “Thank you for saving your home, but wrong if you save your house.” Not everyone has VIP links.

Not only this, Kangana Ranaut had also made a controversial tweet about an elderly woman, on which she had to face trouble in social media. Actually, a controversial tweet about an elderly woman involved in the movement was retweeted by Kangana. In that tweet, the woman was described as Shaheen Bagh’s grandmother Bilkis Bano. However, Kangana also deleted her post after the tweet was found to be fake. However, the controversy had increased earlier and apart from all the stars of the film world, other social media users also reacted sharply to Kangana’s tweet.