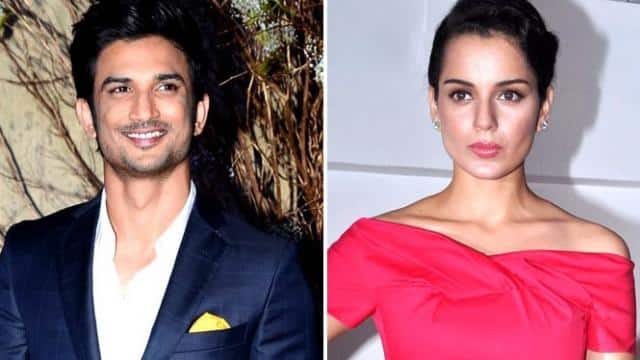 Kangana Ranaut said during an interview with Times Now, “Director Homi Adajania approached me for a romantic film. I went to meet him at his office. At the same time, I received a legal notice from Hrithik Roshan. Homi was telling me the story of the film, but my mind could not find it. I asked him to talk to me later, but I was never able to talk to him again in this regard. I remember Homi told me a New Age love story, which was the story of an urban couple. ”

Earlier during an interview, Kangana Ranaut said that she had spoken to Ankita Lokhande on the call after Sushant’s death. Kangana said, “I wanted to know what kind of personality Sushant was and what happened to him.” Ankita told me that Sushant was a man connected to the ground even after getting such popularity in a short time. However, he was very sensitive in terms of how people perceived him. ”According to Kangana, Ankita had said that Sushant was very insulted, which was difficult for him to bear.

Kangana said that but there was one thing that Ankita told them that Sushant used to get upset very quickly. He used to fight with fans on Twitter when he was new. He used to ask them why do you think of me like that? Why did you say that about me? I am not the kind of person you said. Ankita told me that she used to always tell Sushant that all this would happen. Everyone’s view of you is different. Why do you bother about these things? But they did not tolerate all this. It made a big difference to what people think of them.

Sanjana wrote an emotional post for Sushant Singh Rajput, ‘Hope you all are watching’