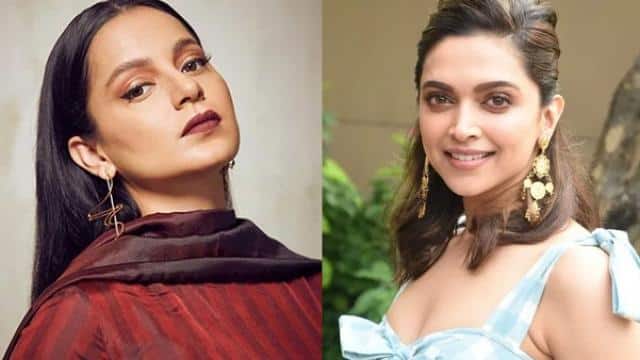 Kangana Ranaut is very active on social media. She speaks on every issue. Now, on World Mental Health Day, Kangana appealed to the fans to watch her film Judicial Hai Kya and also targeted those running depression shops.

Kangana tweeted, ‘The film we made for Mental Health Awareness which was dragged into the court by those who run a depression shop. The name of the film was changed after the media ban which affected its marketing a lot but it is a good film and watch it today.

The film that we made for mental health awareness was dragged to the court by those who run depression ki dukan, after media ban, name of the film was changed just before the release causing marketing complications but it’s a good film, do watch it today #WorldMentalHealthDay https://t.co/uaB1FKNIoH

After Kangana’s tweet, it is being said that she has targeted Deepika Padukone without taking a name. Before this, Kangana has used words like Depression shop for Deepika and Depression business.

Talking about Kangana’s professional life, she was seen in the last film Panga. The film was well received by the audience and critics. Now Kangana was soon seen in the film Thalaivi. Kangana has started shooting for this film a few days ago.

Nawazuddin Siddiqui has become a victim of caste discrimination, said – no one in the village still accepts

Let’s say that Kangana Ranaut will be seen in the role of Jayalalithaa in the film Thalaivi. The film is directed by AL Vijay. The film is co-written by Manikarnika, ‘Bahubali’ writer Kevi Vijayendra Prasad and ‘The Dirty Picture’, ‘Once Upon Time in Mumbai’ by writer Rajat Arora. The film was scheduled to release in theaters on June 26 but due to Corona its shooting could not be completed.

Kisan Maan Dhan Pension Scheme: After the age of 60, farmers will get pension of up to 3 thousand, know how to take benefits

How to file ITR online at home, learn easy way