Kangana Ranaut, who described Uddhav government as a goon, said – opened the restaurant repeatedly but the temple closed 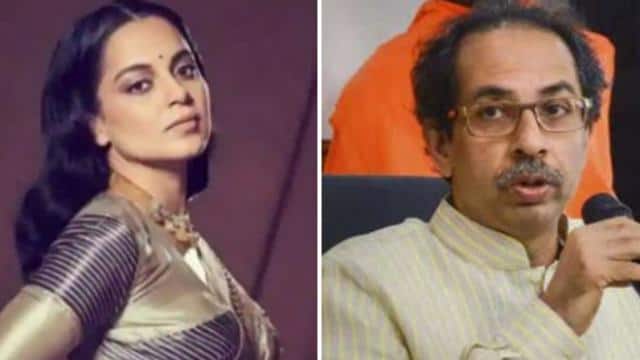 Kangana Ranaut tweeted, “Nice to hear that our Governor Sir questioned the Gunda government. The goons opened bar-restaurants and cleverly kept the temples closed. Sonia Army is behaving worse than Babur Army. ” Along with this he imposed the hashtag governor.

It is known that Governor Bhagat Singh Koshyari and Uddhav Thackeray wrote to each other about the opening of religious places in Maharashtra, after which BJP demanded to open the temples. Governor Koshiyari had said in a letter on Monday that three delegations had asked him to reopen the shrines.

Apart from this, he had written in a letter to the Chief Minister, “Are you getting any divine inspiration that you are not opening the temple?” Are you suddenly secular? At first you used to hate this word. ”

KBC 12: Komal pieces could not answer 25 lakh question, it was a question

In response, Uddhav Thackeray said that his Hindutva does not require the seal of Governor Koshyari. Thackeray wrote, “As it was not right to suddenly introduce lockdown, it would not be right to completely cancel it all at once. And yes, I am a person who follows Hindutva. My Hindutva does not need your seal. ” Thackeray asked whether secularism is not an important part of the constitution, in whose name you took oath when you became the Governor.

BJP also surrounded
The BJP has opened a front against the Maharashtra government to open religious places closed due to the Corona lockdown. Bharatiya Janata Party workers demonstrated in Mumbai on Tuesday to demand the opening of other temples, including the Siddhivinayak temple in Maharashtra.

Kangana has surrounded Uddhav Thackeray government many times
Kangana Ranaut has been very vocal since the death of Sushant Singh Rajput. She has been targeting from the Maharashtra government to the police every day. Meanwhile, after his face to face with Shiv Sena, BMC had demolished a part of his Mumbai-based office citing illegal construction. However, the court later stayed the demolition and also reprimanded the BMC.

SBI Instant Loan: If you need urgent money then you will get 50000 rupees in 3 minutes, apply at home

FASTag Don’t worry about theft, damage or explosion, get a solution at home