Kangna Ranaut once again lashed out on Taapsee Pannu, a simple target for Sushant’s death 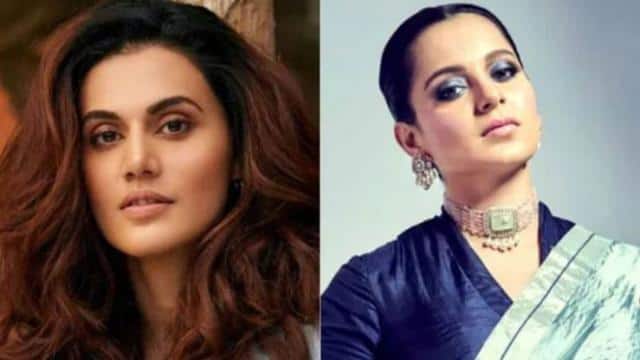 Bollywood actress Kangana Ranaut on Monday took another target on Taapsee Pannu, calling her an actress with a ‘non-accidental career’. Team Kangna Ranaut attacked Tapsee Pannu even after the death of Sushant Singh Rajput. At the same time, Team Kangna said that Tapsee is trying to humiliate the struggle of a great woman like Kangana, who put her career at stake to get Sushant to do justice.

Team Kangna tweeted, ‘Taapsee Ji said that she cannot do drama for TRP. She wants to thwart the justice that the whole country wants for Sushant Singh Rajput. For TRP, one needs valid points, brains, tactful statements and assertiveness. ‘ In another tweet, she wrote, ‘Just she is trying to humiliate the struggle of a great woman like Kangana, who put her illustrious career at stake. Also put his life in danger. ‘

The quarrel between Kangana and Taapsee began in a recent TV interview, when she called the actress a ‘B grade’ actress. Apart from this, Kangana accused Tapsee and Swara Bhaskar of not raising voice against the alleged movie mafias of the film industry. Kangana had said that both actresses are promoting ‘nepotism’. 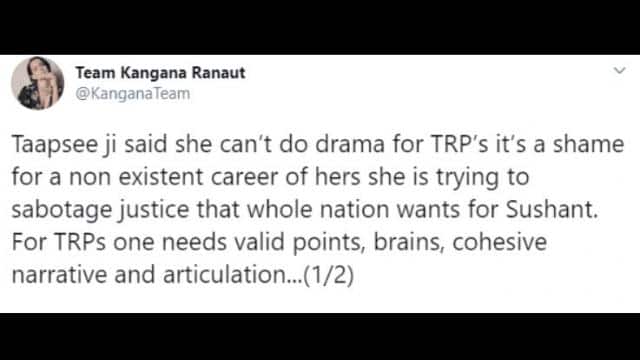 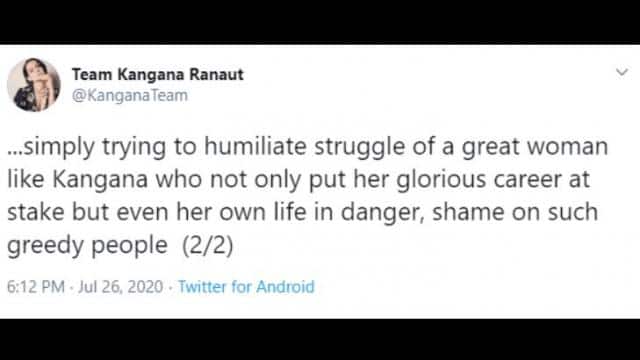 Vatsal Seth said about Taimur Ali Khan – people who like him did not cry, if he goes ahead to become an actor 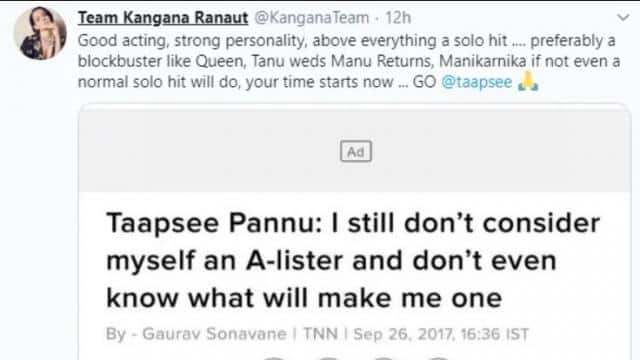 Sebi gave a shock to investors, know what kind of impact has been seen in the share market

PM Kisan FPO is being availed fast, know how to get 15 lakh rupees