Kareena Kapoor asked – What will you do when you are caught in the lift with Saif and Shahid? Know what the actress said 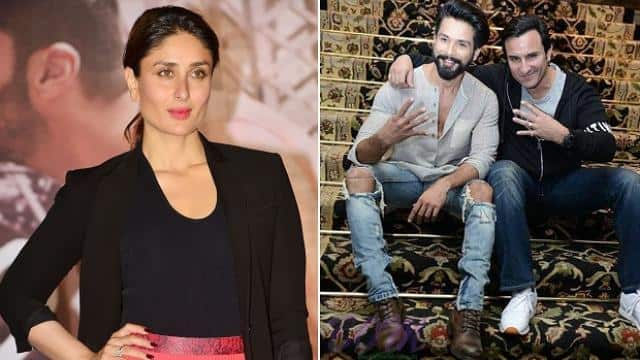 Kareena Kapoor Khan talks openly on every issue. Then even if someone asks Kareena about their X, she openly answers. Let me tell you that Karan Johar once asked Kareena in her show Koffee with Karan, what would be her reaction if she ever gets stuck in an elevator with ex boyfriend Shahid Kapoor and husband Saif Ali Khan?

It will be very fun, says Kareena. Shahid and Saif have done the film together. Both did a good job. I wonder why I did not become a heroine in Rangoon.

Karan too gets a little thinking after listening to Kareena’s answer. Please tell that Kareena is enjoying her pregnancy period these days. She is going to be a mother for the second time next year. Kareena is very excited about her second baby. But a few days ago, Kareena revealed what is something that she does not want to repeat in the second pregnancy.

Kareena had said, ‘When I was pregnant at the time of Taimur, everyone used to tell me to eat a lot and that is why my weight increased by 25 kg. I do not want to do the same thing again. I just want to be healthy and fit. I think during the first pregnancy everyone used to say eat paratha, eat ghee, drink milk. But now I say listen, I have done all this before. I know who my body needs.

Talking about Kareena’s professional life, she recently finished shooting for the film Lal Singh Chadha. In this film, she will be seen opposite Aamir Khan. Earlier the film was to be released on Christmas of 2020 but now it will be released on Christmas of 2021. The film ‘Lal Singh Chadha’ is based on Hollywood superstar Tom Hanks’ The Forest Gump.

Farmers can become rich with black wheat farming, can earn in lakhs

Iyer of Taarak Mehta, in reverse, spoke on his bonding with Babita ji, said – After the shooting is over we both …