Katrina Kaif Happy Birthday: Katrina Kaif made her debut with Amitabh Bachchan in this film; 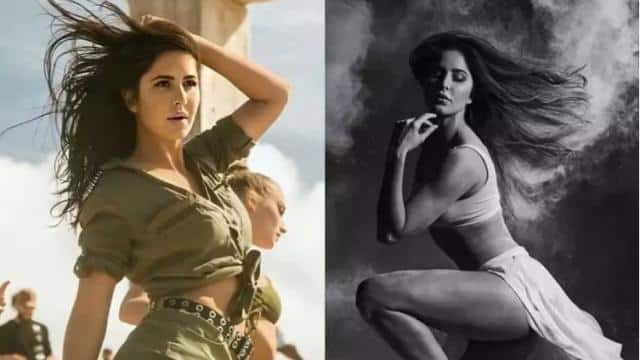 Happy Birthday Katrina Kaif: Katrina Kaif is known in Bollywood as an actress who has made the audience crazy with her charming acts. Born on 16 July 1983 in Hong Kong, Katrina Kaif’s real name is Katrina Torcetti. She started her career at the age of 16 from modeling. Then tried his luck in cinema. Katrina came to Mumbai thinking of modeling. But he met Kaizad Gustad. He was making the film ‘Boom’ at that time. Katrina joined hands with Kaizad and thus entered the film world.

Amitabh Bachchan and Jackie Shroff appeared in the lead role in the film. Although the film could not do well at the box office. It was the year of 2003. After this, Katrina Kaif worked with Amitabh Bachchan in the film ‘Sarkar’. This film made in the year 2005 also did not give much benefit to Katrina in her career.

After this, Katrina Kaif did the film ‘Maine Pyaar Kyon Kiya’ with Salman Khan. Katrina’s luck in Bollywood shone through this film. She went up the ladder of success one by one. And where is he at the moment, about which we all know.

It has been a decade since Katrina entered the film industry. During this time he has shared screen with big stars like Shah Rukh Khan, Salman Khan, Hrithik Roshan and Akshay Kumar. Katrina is going to be seen in the film ‘Suryavanshi’ with Akshay Kumar these days. The film will soon be released in Theaters.