KBC 12: Farhat Naaz quizzed the game on the 50 lakh question, this was the question 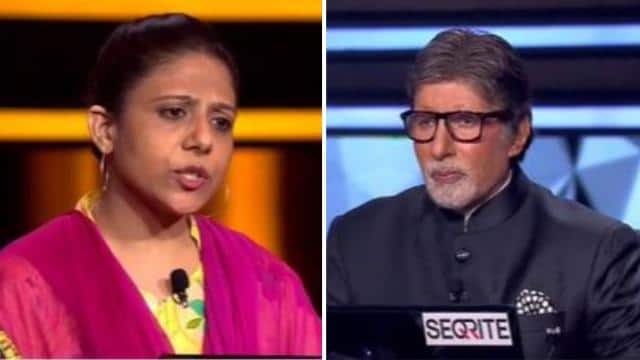 Wednesday’s episode of TV show ‘Kaun Banega Crorepati 12’ started with Contestant Farhat Naz on Hot Seat. In fact, Farhat made his place on the hot seat in the Tuesday episode by giving the fastest answer to Fastest Finger First. Won 80 thousand. In Wednesday’s episode, he started the game with a question of one lakh 60 thousand. She won Rs 25 lakh by answering one question correctly. On the question of 50 lakhs, he thought it right to quit the game, because he did not know the correct answer to the question.

It was a question
What was the original name of Begum Hazrat Mahal, who led Lucknow during the Revolt of 1857?
A-Bibi Mubarika
B-Meher-Un-Nisa
C-Alexander where
D-Muhammad Khanum

Explain that the correct answer to this question was Muhammad Khanum. Farhat had called Bibi Mubarika which was the wrong answer. A video of Farhat was shown at the beginning of the game, in which she was seen stating that she was married at the age of 18. Because of this, his studies were missed. Going to college was his dream. She now teaches in a madrasa in Rae Bareli. Farhat, who has reached KBC with son Danish, has expressed the desire to open the school with the money so that she can provide free education to needy children.

Farhat’s maternal grandfather is in Maulviganj, Lucknow. For the last 12 years she has been teaching in Ayesha Lil Banat Madrasa in Rae Bareli. Farhat herself is an MA second year student. Farhat says that all the family members, including father, brother, were employed in good positions. Graduation was in the first year, when they got married. I had to complete my studies. Shauhar and the rest of the family respected my wish. Now my husband is in Saudi. Come home once in a year and a half or two.

Manish Paul, who visited Amitabh Bachchan on the set of KBC 12, regretted this

Mukesh Khanna gave a befitting reply to Kapil Sharma, said – the issue is not the way to adopt a smile on the faces of people,