KBC 12: Rugnath Ram of Rajasthan calls his wife ‘Dayaben’, the story behind it is funny 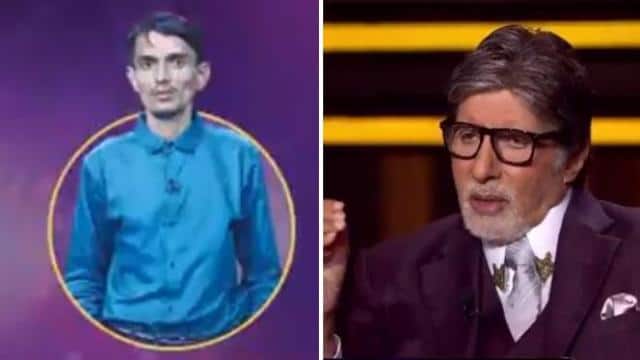 Savita Reddy of Telangana went to TV show ‘Kaun Banega Crorepati 12’ on Tuesday by winning one lakh 60 thousand rupees. He quitted the show on the question of three lakh 20 thousand. After this, Rajasthan’s Carpenter Rugnath Ram won the Fastest Finger First and made it to the hot seat.

Amitabh Bachchan was overjoyed to hear this. After this, when Amitabh Bachchan asks his wife Bhagu Devi in ​​this connection, she says that this old tradition is going on. Even if she does not speak, I do not speak. After this Amitabh asks that you expected that Rugnath would reach the hot seat, then his wife refuses. Hearing this, Amitabh says that you don’t believe in your husband.

Please tell that Rugnath Ram did not complete his tenth standard and he started working in carpentry. He went on to win six lakh and 40 thousand rupees from the show.