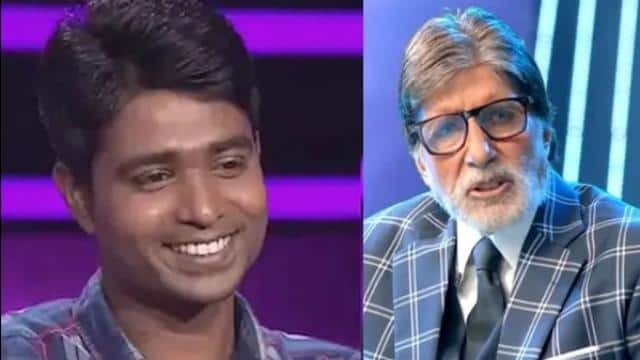 The 12th season of the popular TV show Kaun Banega Ka Crorepati has begun. This time the show has been introduced in a different style, which is very much liked by the audience. Sonu Kumar Gupta, the second contestant of KBC 12 won the 12 lakh 50 thousand rupees from the show. Actually, he was confused about the answer to the 13th question.

Interestingly, Sonu Kumar Gupta knew the answer to the 13th question, which was Rs 25 lakh. But he was not pure. If his answer was wrong, he would have come to Rs 3 lakh 20 thousand. In such a situation, he decided to opt out of the show after answering 12 questions without taking risks.

KBC 12: Amitabh Bachchan remembers old days, said – used to sleep on the bed outside in the summer of Delhi

Contestant Sonu Gupta Kumar could not answer this question

A politician named P Subhash Chandra Bose became the Chief Minister of which state in 2019?

Does old Anjali bhabhi want to come back in ‘Tarak Mehta …’? Know what the actress said
Please tell that Sonu Kumar Gupta is originally from Ballia in UP but he lives in Raipur, Chhattisgarh. He works as a service technician there. On the show, when Sonu told that he loved the work of fixing the water machine, Amitabh Bachchan named him ‘Jal Purush’. Big B told Sonu that if we give you a title, we will not mind. Sonu said no at all. So Big B says I want to give you the title Jal Purush.