Keshubhai Patel left property worth crores of rupees behind, had invested this scheme of post office 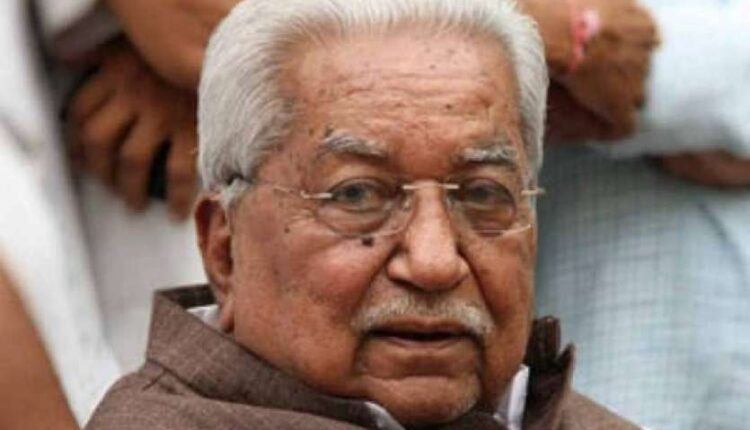 new Delhi. One of the country’s old political leaders and the elder Keshubhai Patel, who laid the foundation of BJP in Gujarat, has left the world today. He contested his last election in the Gujarat assembly in 2012. If we talk about his assets, then he can know from his affidavit given to the Election Commission in that election. According to the information, the increase in Keshubhai Patel Property is due to the increase in real estate prices. Let us also tell you that according to 2012, he had assets and now how much wealth he had estimated. There were more than one crore rupees in bank accounts
If we talk about bank accounts, according to 2012 there were more than one crore rupees. According to the information given in the affidavit, Keshubhai Patel had a total of 12 bank accounts, of which Rs 1,11,52,159. While there was a cash deposit of around 95 lakh rupees. He also invested in bonds and shares of private companies. The price of which was 34,14,320 rupees. At present, their price and number may also decrease. In the last 10 years, bonds and stocks have also seen good returns. Fixed assets worth millions of rupees
At the same time, if we talk about real estate, that too was not less. According to the affidavit, there was an agricultural land of Rs 30 lakh in Rajkot in his name, the cost of which would have been increased at present. At the same time, he also had commercial space in front of the Ahmedabad High Court, which was worth 44 lakh rupees, which would also have increased in the present time. At the same time, there was also a residence in Gandhi Nagar in his name, which was worth 22 lakh rupees, which would have increased the price. According to experts, due to the increase in real estate, they can have total assets around Rs 5 crore.

Now, even after depositing money in the bank, there will be a charge, know when the rule will be applicable and how much will the fees be.