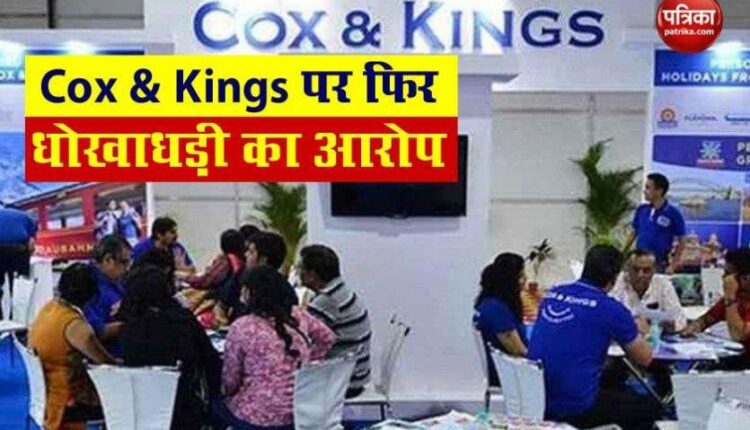 new Delhi. After Indusind Bank, now two more big banks of the country, Kotak Mahindra Bank ( Kotak Mahindra bank ) And Axis Bank ( Axis Bank ) Has accused the travel company Cox and Kings of Fraud Charges of more than 1200 crores of rupees, on which the Economic Offenses Wing of Mumbai Police ie Economic Offense Wing of Mumbai Police. Investigation has also started from the side. According to media reports, no FIR has been filed against the travel company after these allegations. In the media report, Ajay Peter Kerkar, director and CEO of Cox & Kings, has told that this is an investigation.

Axis and Kotak charges
Axis Bank in its complaint alleged that after taking the loan, some officials of Cox & Kings and other companies defrauded the bank of Rs 1,030 crore, which was not repaid. On the other hand, Kotak Mahindra Bank alleged that the travel company managed to carry out manifold transactions from banks, financial institutions and public investors through subsidiaries and fake companies. The bank said that it had expanded the financial service for Cox & Kings from 2012 and the outstanding balance as on 24 June 2019 was Rs 174.3 crore.

Also read: How will improvement in the agriculture sector with PM Modi’s Booster Dose, know here

Big disclosure in the audit conducted by banks
After the default, banks entrusted the forensic audit to Pricewaterhouse-Coopers. Two reports from the forensic company found that some officials of the travel company have been subjected to irregularities and fraud. The first draft report of PWC for Kotak said that the 15 companies from which the bank had received Rs 449 crore were completely fake. Addresses of these companies were created on the same day and the addresses that were given were not there.

FIR not done yet
FIRs are yet to be filed for both cases. Combining the two complaints by Kotak and Axis, now such complaints have come out against the travel company. Prior to these two complaints, preliminary investigation is already underway on the basis of complaint of default of Rs 239 crore by IndusInd Bank. It will now be interesting to see if another bank comes up against Cox & Kings.

Ril-Future Deal: The entire matter is stuck due to Kishore Biyani’s personal debt