Kumar Sanu paid tribute to Sushant Singh Rajput, said about the new actors- first find a job and then start a struggle 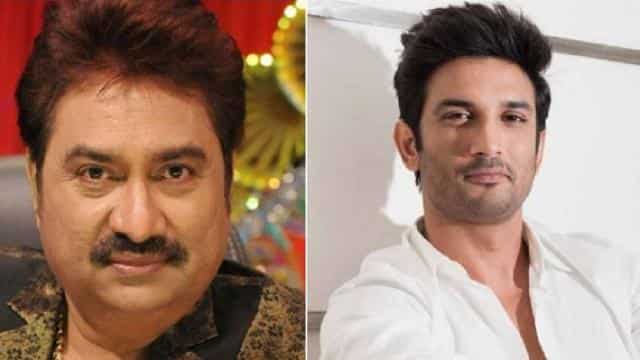 The entire country has been shaken by the demise of Bollywood actor Sushant Singh Rajput. No one is sure that he left the world like this. Now veteran singer Kumar Sanu has expressed his grief over Sushant. He has shared a video of himself on his Instagram account. With this, Kumar Sanu has given a special message to the Strugglers.

In the video, he said, “I am not yet convinced that Sushant Singh Rajput has committed suicide.” He was a very positive person. Was an excellent actor. He did such a good job in a very short period of time. Gave many hits to Bollywood. He is like my child in age. He did a great job at this young age. The mind is still saying that I wish Sushant would not have taken such a step. A different revolution is seen with Sushant’s death.

After this, Kumar Sanu spoke about nepotism. He said, “Nepotism is everywhere. It is you who makes us. Who can make whom, who will be removed from this industry, no one can decide. It is all in your hands. You make all the artists. ”

Singer further said that people who come to Mumbai from outside to work in the film industry or in the music industry. I will give an advice to those people. First you start job as soon as you reach Mumbai. After that you struggle. I did the same thing. It will not bother you to live and eat. After this you will not have to bow to anyone. You will be able to show your talent.

Priyanka Chopra’s throwback video went viral amid nepotism debate, actress told – it was difficult for me to make room