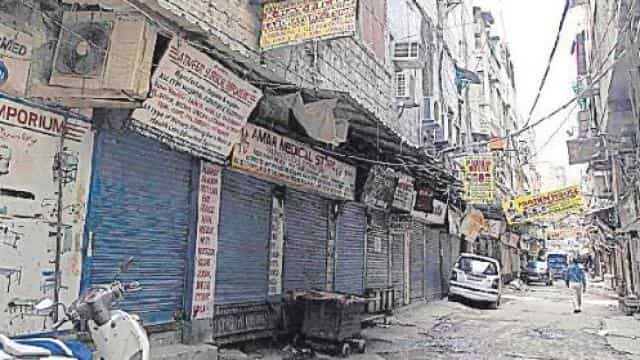 After getting the exemption from the government, while markets across the country are opening, the wholesale markets of Old Delhi are increasing the closure one by one. The closure was earlier announced by Bhagirath Palace, the leading wholesale market for pharmaceutical and surgical goods and now Kucha Mahajani, the leading wholesale market of jewelery. There will be no business in Kucha Mahajani till June 7. There were complete preparations for the opening of Kucha Mahajani, all arrangements were made, but in view of the increasing cases of Corona, a decision has been taken to extend the detention till June 7.

The largest wholesale market for gold and silver in North India

Also read: Learn at what price gold is sold in bullion market today, see the latest rates of 22 to 24 carat gold

According to Yogesh Singhal, president and wholesaler of The Bullion and Jewelers Association, Kucha Mahajani, Corona cases in Delhi are steadily increasing. They say that our market is very similar to the Bhagirath Palace, here the streets are very narrow. In such a situation, it is not possible to follow the rules of social distance. All traders in the market are apprehensive about the transition. An online meeting of traders was called, in which it was decided to close the market and business till June 7.

Preparations were made to open the market

There is a possibility of loss of 18 thousand crores

A loss of six thousand crores is estimated as the market is closed till June 7. According to a trader, the loss should be estimated from May 20. Since May 20, all markets of Delhi are opening with the formula of Odd-Even, but Kucha Mahajani is closed. In such a loss of more than 18 thousand crores is possible. Due to the closure, the business of Kucha Mahajani has been greatly affected. According to traders, the wedding season and days like Akshaya Tritiya passed away in captivity. This caused damage. However, marriages have also come down this year.

‘Bhabiji is at home’ fame Shubhangi Atre left Tiktok, told fans- you too abandon it