Mail, express trains will run across the country from May 22, online booking will be done from May 15 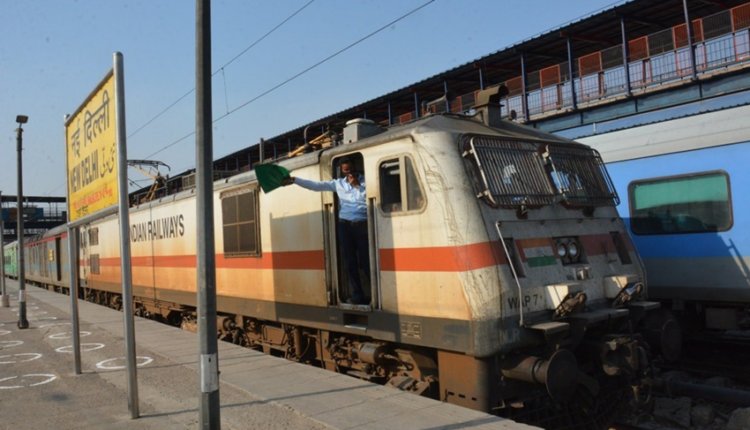 Indian Railway IRCTC Booking: Between the third phase of lockdown, Railways is going to start express train service across the country after special trains. The circular from the Ministry of Railways has been reported to run mail and express trains from May 22.

It has been told by the Ministry of Railways that bookings for these trains can be made from the IRCTC website itself. During booking, people will also get the facility to book waiting tickets. Booking for these trains will start from May 15.

According to the release issued by the railways, waiting tickets will be booked up to 20 in 1 AC, 20 in Executive Class, 50 in 2AC, 100 in 3AC, 100 in AC Chair Car and 200 in Slipper. It may be known that the Railways had decided to run 15 pairs of trains from May 12. Only AC bogies were installed in these special trains. Not only this, the fare of these trains was also kept same as Rajdhani Express.

More than 9000 passengers left from Delhi on Wednesday More than 9000 people left the national capital by nine trains on Wednesday, with the Railways starting its passenger services from May 12 to 15 trains between Delhi and the major cities of the country. According to the figures, out of the nine trains that left Delhi, Howrah, Jammu, Thiruvananthapuram, Chennai, Dibrugarh, Mumbai, Ranchi and Ahmedabad had more bookings than their capacity. Just 87 percent passengers were in the train that departed Patna, the capital of Bihar.

Up to two lakh tickets have been booked: According to official figures, till Wednesday, 2,08,965 passengers had booked tickets in these special trains to travel during the next seven days. An official said, “Overbooking does not mean that passengers are standing in place of boarding the train.” This simply means that people are boarding and disembarking at stagnation stations, that’s why there are many bookings ” The train went to Bihar with workers so there were less passengers in this train.