Manushi Chhillar forgot to remove the price tag from her dress, the video went viral 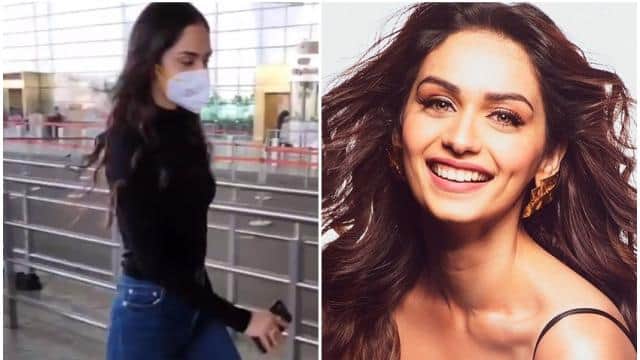 Often celebs are seen in a hurry at the airport to catch their flight. Manushi Chillar has been spotted at the airport on Friday. However, it seems that she forgot to remove the tag from her top due to haste. Fans caught Manushi’s lapse in a video that went viral on social media. In the video, Manushi moves towards the entry gate at the airport, during which the tag on his top is visible.

Manushi looks gorgeous in black top and blue denim. Prithviraj actress is seen in open hair and mask. While fans of Manushi’s no makeup look are very much liked, the tag on their top is also attracting the attention of social media users. Commenting on Manushi’s video, a user wrote – ‘Take off your clothes.’ At the same time, another user wrote – ‘The tag has remained.’ One user wrote – ‘I think you forgot to remove the tag from the top.’

Nikki Tamboli accused Rahul Vaidya of flirting with her PR, Singer said this in defense