Many changes in health insurance from October 1, know how this policy will affect Holdgar 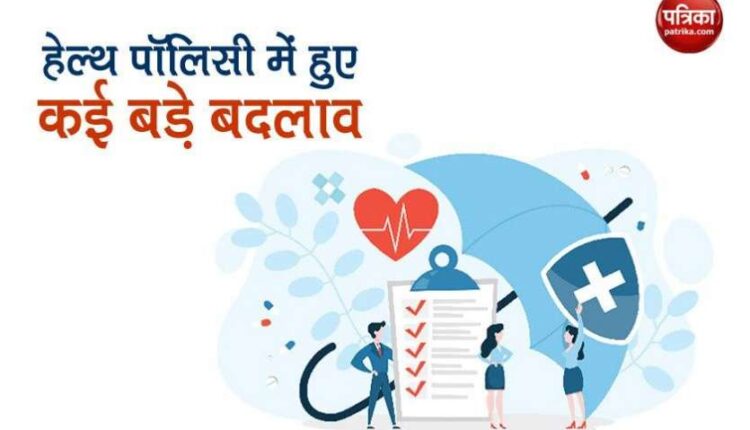 new Delhi. In view of the increasing trend towards health insurance in the country, a big change has been made in the policy. Today, the insurance regulator (IRDA) has implemented several new regulations from October 1. Experts believe that in the coming times, health insurance policies will be useful and transparent.

1. If the policy holder bears the premium for 8 consecutive years then it would be difficult to reject the health insurance claim. That period of eight years is called the moratorium period. No health claim can be challenged after the policy holder expires at such a time. The condition for this would be that they should not contain fraud.

2. Until now, the insurance company could refuse to cover people suffering from serious illness. But in the new rule, IRDA has said that first those who give information about all 16 diseases should also get the facility of health insurance.

3. The insurance regulator ie IRDA clearly stated that every health insurance product will have to cover the existing diseases already mentioned and it will be mandatory to cover all immediately after the waiting time of 48 months.

If you are told about the current disease while purchasing the policy, then it is called ‘Pre-Existing Disease’. There is now more transparency on such diseases.

Under the new rule, ICU charges will no longer be taken by placing the ICU in a separate category. IRDA has clarified guidelines

Health Insurance Expert says that this step of IRDA is a step taken in the interest of the people. The people of Corona were getting double killed. Actually, there is only one category in the ICU, so there should not be a dedicated deduction. This is explained in the new circular.

Actually, premiums for health insurance policy can now be paid in monthly, quarterly, half-yearly installments. In such a situation, insurance companies can also fix the grace period. Let me tell you, in the policy which is paid annually, a grace period of 30 days can be given.

Insurance experts believe that with the introduction of new rules, this could have an impact on premium rates, which can be increased.

You are also unaware of the corona protector policy, learn about its benefits …