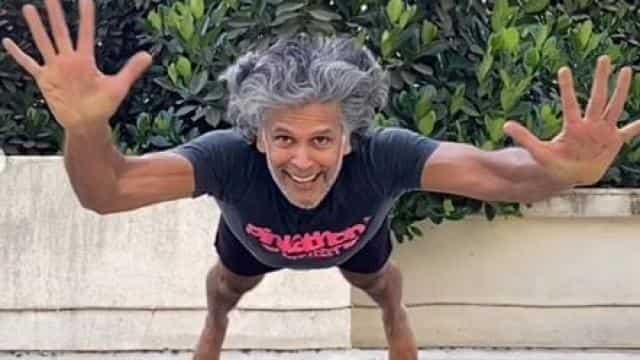 Bollywood actor Milind Soman is not only known for his acting but also for his tremendous fitness. Even at the age of 54, he kept himself fit. He often shares his workouts videos on social media. Now a new video of him has appeared, in which he is seen doing a completely different kind of work out.

In the video, Milind is seen doing bouncing pushups. Sharing the video, he wrote in the caption, ‘Next step Superman pushups. There is a need to produce more explosive power. This new one is my favorite. ‘ His fans are commenting fiercely on this video. In such a situation, some users are calling him Superman.

This video of Milind is shot by wife Ankita. Commenting on the video, he wrote that till now he has maintained his charm while doing so. Please tell that Milind was recently seen in the web series Four More Shots Please. In this, he gave many bold scenes which were very much discussed. Recently Milind talked to Pinkvilla about his wife Ankita’s reaction to the bold scenes.

Milind said, ‘She was very cool about my bold scenes. Not only that, she was with me when the script of the first season came to me and she knew that there are sex scenes in the script and there is a scene where I will be above the table in the undergarment. She became very excited when she came to know about these scenes.