Modi government selling gold at this price from June 8, only 5 days will get a chance 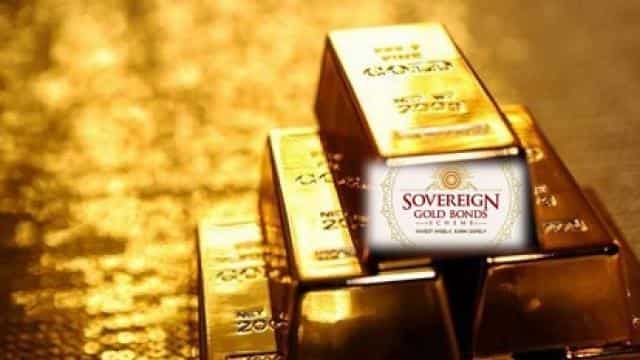 Shopping malls, restaurants, hotels and offices are opening from 8 June. The lockdown released in the country since March 25 is now unlocking. On the other hand, if you want to invest in gold for low risk and good returns, then from 8 June Modi government is going to give this opportunity once again. You can invest between June 8 and 12 under the third installment of the Sovereign Gold Bond of the Modi government at the rate of Rs 4,677 per gram. Its installment will be released on 16 June. Earlier, there were record investments in the April and May series. The Reserve Bank gave this information in a statement released on Friday.

A person investing in the Sovereign Gold Bond Scheme can buy up to 500 grams of gold bonds in a financial year. There is a minimum investment of one gram. You can save tax by investing in this scheme. Bonds will be banned for sale to trustee individuals, HUFs, trusts, universities and charitable institutions. The maximum subscription limit would be 4 kg per person, 4 kg for HUF and 20 kg for trusts and the same per financial year (April-March).

On purchasing it online, it will get a discount of Rs 50 per gram or Rs 500 per 10 gram. SGB ​​will be sold through banks (excluding small finance banks and payment banks), stock holding corporation of India (SHCIL), designated post offices and recognized stock exchanges (NSE and BSE).

It is also important to know that the duration of these bonds is 8 years and premature withdrawal can be done only after the 5th year. Its most important thing is that the investor gets the benefit of increasing the price of gold. Also, they get 2.5% guaranteed fixed interest on the investment amount.

25 lakh units of gold sold in the second installment

The government has earned Rs 1,168 crore by selling 25 lakh units through gold bonds in May. The data released by the Reserve Bank of India shows that it is the largest ever through Sovereign Gold Bonds. Between May 11 and 15, the price of one unit of gold in subscription was Rs 4,590. The highest earnings were made in October 2016 through gold bonds before May. There was a total subscription of Rs 1,082 crore in October 2016, with a total of 35.98 lakh units sold.

Sugar can be expensive in the coming days, this is the big reason