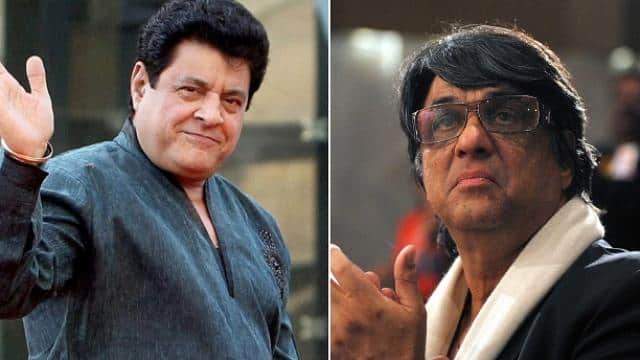 The debate between Mukesh Khanna and Gajendra Chauhan is not taking the name of stoppage. Recently, Gajendra said that Mukesh Khanna was not invited to Kapil Sharma’s show. Now Mukesh Khanna has shared the video calling Gajendra ignorant. In the video, Mukesh Khanna says, ‘Another ignorance of Dharmaraj which he demonstrated during an interview. I am laughing at his words. I have no hesitation in saying that the knowledge of Mahabharata has diminished to him. How can you compare Mahabharata with Kapil’s show. ‘

I called Krishna Abhishek and said what do you guys do all this. So he said, no … Mukesh ji was going to do this script first, but then Kapil said let me do it. I said you spoil the image of a character.

Sharing the video Mukesh wrote, ‘Gajendra you are ignorant. The artist, who called himself Dharam Raj in the Mahabharata serial, may have been proud that the show was run because of him, so all the grapes around the world should be received first. Mukesh Khanna did not get the grapes, so he is calling the grapes sour and The Great Kapil Show is calling it a show.

In an interview, Dharmaraj said as far as he knows Mukesh was not invited to the show, so how can he deny it. He has the illusion that he always tells the truth because if Dharmaraja stays, I will call it his ignorance which he has earned by doing so many crazy films.

He further said that Mukesh ji says that he did not come to the Kapil show because men are dressed in women’s clothes here. So why didn’t he leave the Mahabharata show where Arjun too danced as a woman wearing Brannalla. Hearing this, I am laughing at their understanding. This is what I can say, O ignorant, where is the Mahabharata and where is this show full of beauty.

In the Mahabharata, Arjuna was dancing as a warrior. He was cursed by Urvashi, he was unknown and he was teaching dance to Princess Uttara and in the Kapil show here, wearing a dress of men and women, obscenely says, “May I sit near you?” How can you compare Mr. Dharmaraja.

KBC 12: Rugnath Ram of Rajasthan calls his wife ‘Dayaben’, the story behind it is funny