‘Nagin’ actress Anita Hasanandani and her husband Rohit’s funny video viral, you will not be able to stop laughing too 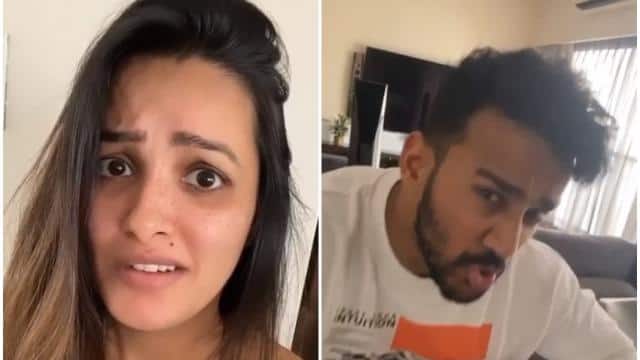 TV actress Anita Hasanandani is enjoying her pregnancy period these days. Along with this, Anita is also sharing funny videos of moments spent with her husband Rohit Reddy. Meanwhile, a funny video of Anita is going viral. In which Anita says that I can do a ‘bigini shoot’. Hearing Anita’s talk, her husband asks which shoot. After which Anita repeatedly says – ‘Biggie shoot.’

On this video of Anita, her industry is giving her reaction from the fans to the fans. Actress Surabhi Jyoti wrote – Lovely. Urvashi Dholakia writes – You two are so cute, man. Sara Khan writes- Qt. At the same time, fans have praised Anita and demanded to make a video on ‘Kya Karoon Main So Beautiful Hoon Toh’.

Recently, Anita had told through a post that she is worried about the little guests coming. Anita shared a picture of her husband Rohit and Pet Dog, writing- ‘I am worried about where our baby will sleep’.

Govinda broke the silence on the relationship with nephew Krishna Abhishek, said – I have heard Kashmiri and his ugly comments many times

Let us tell you that Anita and Rohit shared the good news with the fans through a cute Instagram post. Posting the video, Anita had told that now they are going to be two to three. He had informed about the arrival of small guests in the house using one heart emoji + heart emoji = three heart emoji.