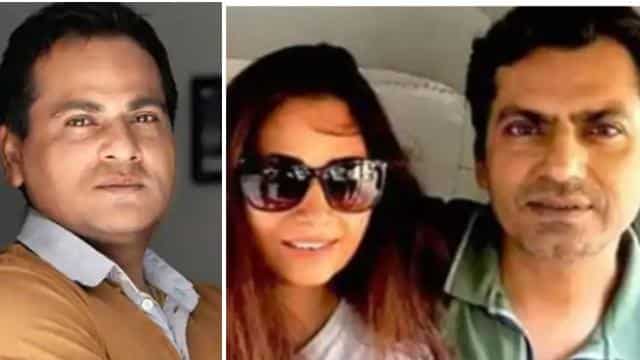 Nawazuddin Siddiqui’s wife Alia has sent him a divorce notice. Talking to Bollywood Times, Alia said that I used to feel like I am nothing. I always felt lonely. Nawaz’s brother Shamus was also a reason for increasing distance between us.

At the same time, when talking to Shamus Siddiqui, he said on the divorces of Bhai Nawaz that we all came to know about this from the news itself. Nawaz Bhai has come to notice, we did not know about it.

Aaliya wishes that she gets custody of the children. Aaliya says I want to move forward. I have not thought about the future yet. I just know so much at this time that I cannot play this marriage anymore. There is no scope to improve things now. Let us tell you that Alia and Nawazuddin’s marriage has been ten years. Alia has sent the divorce notice via WhatsApp and email to Nawazuddin. They will have to answer this within 15 days. However, so far there has been no statement from Nawazuddin on this matter.

Alia’s lawyer had said in the media that Nawazuddin Siddiqui has been sent a notice on WhatsApp and email, to which he has not yet responded.

The lawyer says that yes, it is true that we have sent a legal notice to Nawazuddin Siddiqui. The notice has been sent in favor of Alia Siddiqui on 7 May. Due to Kovid-19, the notice could not be sent from the speed post. Therefore, it has been sent on WhatsApp and emails. However, so far Nawazuddin Siddiqui has not responded to this. I think he is trying to keep quiet on this and at the same time ignore it. The notice calls for maintenance and divorces. You will not be able to provide information about what is written in the notice and what allegations have been made. Yes, it is definitely that many of the allegations are very serious in that. It can be quite sensitive for Nawazuddin Siddiqui’s family.