Neha Dhupia was trolled for abusing the contestant, the actress said – I was humiliated without mistake, my family was wrongly commented 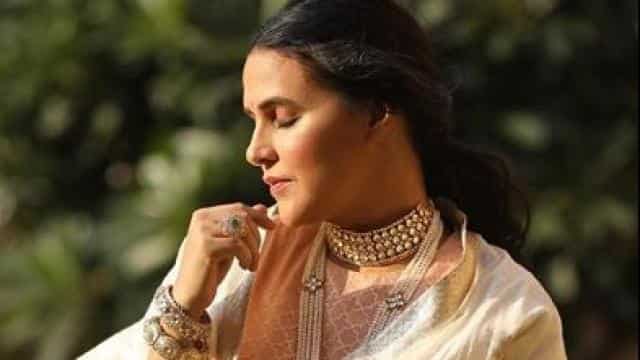 Actress Neha Dhupia says that there have been times in her life when trolling has not made any difference to her, but there have been some moments when she was badly affected by them. He says that no one likes to be trolled or humiliated without being mistaken, or to say vehement things about the family.

Recently, Neha was trolled due to one of her comments or comments. A male contestant who came for Roadies’ audition was heard by Neha when she spoke about her relationship with a girl. The boy said that his girlfriend cheated on him, she used to talk to five more boys along with him and upon discovering this, he also slapped the girl. Neha was furious at this and she also took a boy class, which made the audience feel that Neha was covering the girl’s mistakes.

Recalling that sentence of trolling, Neha said, “Nobody likes to be trolled. It is not easy to run away from the fact that you are being humiliated without any fault. People are not only degrading you, but are also making restrictions on your personal life and family. ”

Ratan Rajput trapped in village due to lockdown, cooking on stove

She goes on to say, “I just did my part and I gave my statement on whatever I had to say, so I don’t think I had anything else to say.” Now, will I always stand against domestic violence? So yes I will be. “

To which she is affected by trolling, the actress replied, “Yes, sometimes it happens and sometimes your skin gets so thick that it doesn’t matter at all.”

Talking of work, Neha has made her comeback as the ‘Gang Leader’ of the 17th season of the famous adventure reality show ‘MTV Roadies Revolution’.

In view of the ongoing lockdown due to Kovid-19, its first virtual audition was held recently.

It is being broadcast on MTV.