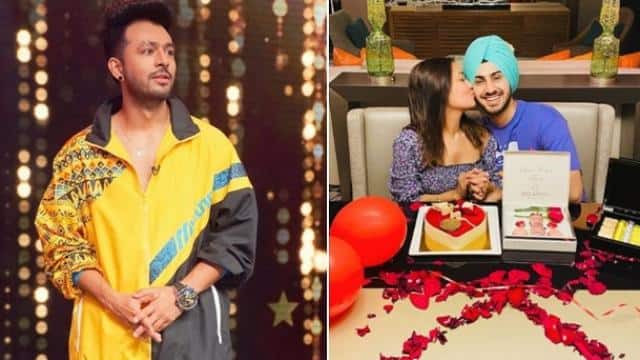 Neha Kakkar shared photos of her honeymoon from Dubai. Neha and Rohanpreet Singh’s romantic looks in the photos. In fact, Neha has shared all the photos of the honeymoon so far, including a photo of her room where the two were staying. His entire room is decorated. Neha shared the photos and thanked the hotel where the two were staying. Neha wrote, ‘I love you so much Rohanpreet Singh. Best Honeymoon. ‘

Neha has also commented on this post by fans as well as her brother and sister. While Sonu Kakkar posted a heart emoticon, brother Tony wrote, “Oi hoy … how beautiful.” Recently, Tony celebrated Bhai Dooj with Sonu, but this time Neha was not with him. Tony shared a photo with Sonu and wrote, ‘Sonu Di, I love her very much. The devil child is a miss in this frame. Neha Kakkar missed you so much. ‘

Let me tell you that Tony’s song Laila has been released a few days ago. The song has been sung by Tony Kakkar, along with the lyrics and his music. The video has been published on the ‘Desi Music Factory’ YouTube channel, with Tony playing Haley Daruwala. Both chemistry fans liked the song very much.

Nora Fatehi shares her hot video in transparent dress, says- ‘With you …’

These days Tony is seen as a judge in the show Taare Zameen Par. In this show, he will judge the show along with Shankar Mahadevan and Jonita Gandhi.