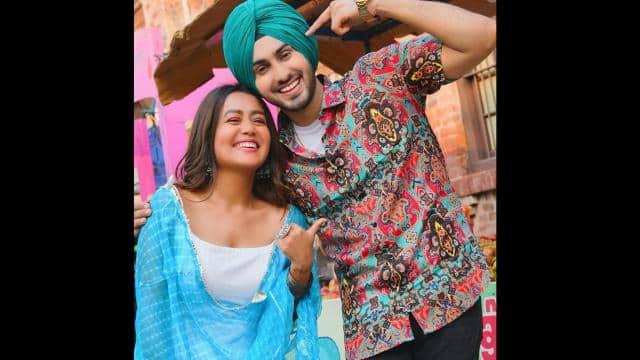 Bollywood’s famous singer Neha Kakkar and Rohanpreet Singh’s song ‘Nehu Da Vyah’ has been released. The song has become popular on social media as soon as it is released. It has been viewed by over 4 lakh people within an hour of release. The romantic duo of Neha and Rohanpreet are being well liked by the audience in the song.

The song ‘Nehu Da Vyah’ is sung by Neha Kakkar and Rohanpreet Singh. At the same time, it has been released on a YouTube channel called ‘Desi Music Factory’. The song showcases both of their lovestories.

Both pair are being well liked by the fans. One fan wrote, ‘This pair is the best pair of 2020’. Another fan wrote, ‘You both look great together’. Another wrote, ‘May you always be with both of you’.

While sharing this video on Instagram, Neha wrote in the caption, ‘Nehu Da Vyah is releasing tomorrow. Till then a small gift for my fans and ‘Nehupreet’ lovers. Clip of our Roca Ceremony. I love Rohanpreet and family a lot. Thank you Mrs. and Mr. Kakkar, meaning mom and dad for this wonderful ceremony. ‘

LIC Policy: With the savings of only 150, you can add 19 lakh rupees for the education of the child, learn the way of investment

Atal Pension Yojana: After retirement, you can get 5 thousand rupees pension every month, know how much to invest