No hope of relief from rising prices of petrol and diesel, know why prices are increasing daily 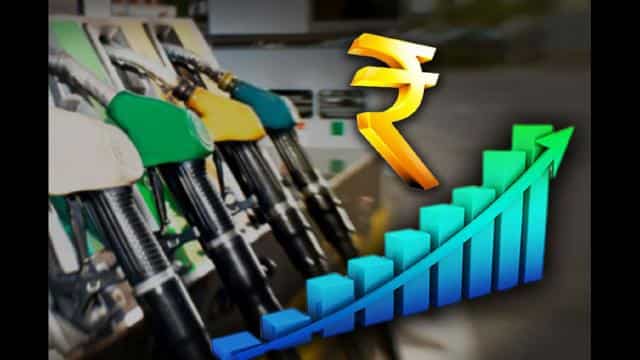 Petrol and diesel prices have continued to rise for the last six days. Petrol has become costlier by Rs 3.31 per liter and diesel by Rs 3.42 in these six days. In the capital New Delhi, where the price of petrol is Rs 74.54, the price of diesel has been increased to Rs 72.81 per liter. If we talk about the financial capital of the country, then on Friday, petrol reached Rs 81.53 and diesel Rs 71.48 a liter. Now, with the gradual opening of business in the world, oil prices are also rising. According to data from Petroleum Planning and Analysis Cell, crude in Indian basket was $ 19.90 per barrel in April, while on June 9 it was priced at $ 40.54 per barrel. was. That is, the rate has almost doubled now.

Indian companies have to pay in dollars for raw bricks. Here, the exchange rate has also increased due to the weakening of the rupee against the dollar. Explain that a dollar increase in the price of crude oil increases India’s import bill by Rs 2,936 crore. Similarly, a change of one rupee per dollar against the dollar makes a difference of Rs 2,729 crore on India’s import bill. This is the reason why retail prices of oil are increasing in India.

Explain that despite the fall in crude oil prices last month, the rates of petrol and diesel did not come down. In fact, the global demand for crude oil was almost exhausted in April due to the lockdown. Brent crude hit a 21-year low in April and oil futures reached negative levels for the first time. Prices of petrol and diesel may increase further if crude prices are strengthened globally.

Price may increase for several days

Prior to Unlock 1.0, the public sector oil marketing companies had said that the price of petrol and diesel would be increased by 4 to 5 rupees per liter. Companies said that the difference between the cost and sales in petrol and diesel has already reached Rs 4-5 per liter. In view of global prices, 40-50 paise per day will have to be increased for two consecutive weeks to meet the deficit. In fact, according to official sources of the Government Oil Marketing Company (OMC), all the retail oil sellers met last week. It assessed the current situation and talked about starting a system of daily price changes after lockdown.

Also read: … then petrol and diesel will be given Rs 33, Rs 35, increase in tax of state governments is necessary or helpless?

The demand for fuel increased as vehicles got on the roads in unlocked India. During the lockdown, VAT on petrol and diesel was increased in Nagaland, Karnataka, Delhi, Haryana, Punjab, Uttar Pradesh, Maharashtra, Jharkhand, West Bengal, and Assam and Odisha, raising petrol-diesel prices in these states. The Mizoram government increased VAT in the state by 2.5 percent on petrol and 5 percent on diesel from June 1. At the same time, in Jammu and Kashmir, tax on petrol has been increased by two rupees and on diesel, one rupee a liter.

When Kareena had said on the rumors of link up with Hrithik- I am worried that it will not affect their marriage.

Fan asked Hina Khan- Would you like to work with Bigg Boss 13 winner Siddharth Shukla, the actress gave a loving reply