Now farmers will not suffer loss due to death of cattle, government will give money in livestock insurance scheme 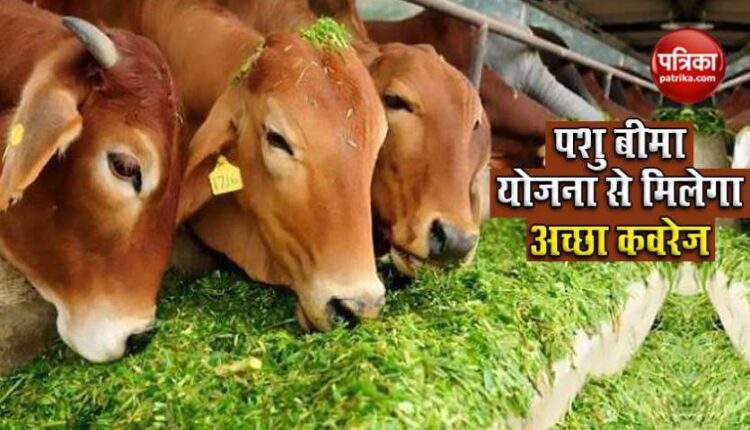 new Delhi. There are several schemes to get compensation from the government if the crops are damaged due to natural disaster. But on the death of the cattle, the farmers had to suffer a lot. Because milch animals cost millions. In such a situation, the government has launched the Livestock Insurance Scheme (Pashudhan Bima Yojana) to give relief to them. Under this, the government will give money to the farmer in case of accidental death of the animal.

These schemes are being implemented by the Central Government in 100 selected districts of the country. Central or state governments bear a major portion of the insurance premium for animals. Animal insurance premiums and coverage amount vary from state to state. In Uttar Pradesh, the premium amount for 50,000 insurance coverage on cow or buffalo varies from 400 to 1000 rupees depending on the breed of cattle.

Insurance rules
In Livestock Insurance Scheme, the insurance of domestic / hybrid milch cattle and buffaloes is based on their present market value. The insurance premium is subsidized up to 50 percent. A farmer can get the benefit of a grant on as many as two cattle. An animal is insured for a maximum period of 3 years.

How to apply
1. To apply under this scheme, farmers have to contact the veterinary hospital of their district.
2. Animal doctor and insurance company agent will go to the farmer’s house and check the health of the animal there. If the animal is healthy, a health certificate will be issued.
3. While insuring the animal, the tag is placed in the ear of the animal by the insurance company. So that it can be identified.
4. A photo is taken of the farmer with his animal. An insurance policy is issued thereafter.

Government banks will be awarded with jewel titles, may be announced on August 15