Nusrat Bharucha will be seen in the horror film ‘Chori’, read details 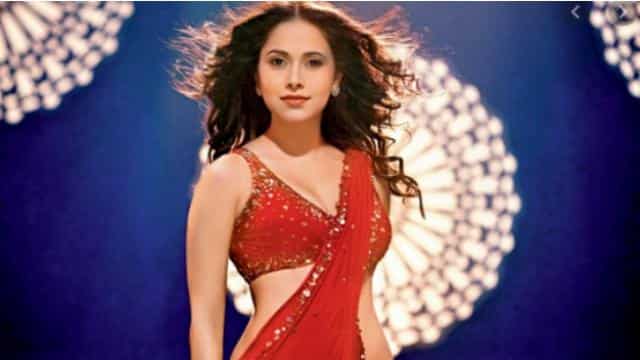 Nusrat Bharucha is one of the actresses of Bollywood who struggled to get a big place for herself. Wrote her success story with Sonu Ke Titu Ki Sweety ‘and’ Dream Girl ‘with Ayushmann Khurrana. Now there have been reports that Nusrat Bharucha has a horror film in hand amid the lockdown. The name of this film is Chhori. Taran Adarsh ​​has given this information on social media.

Film analyst Taran Adarsh ​​has released the poster. There are big losses in the poster and dark clouds are seen in the sky. Everything looks calm and deserted in the photo. Directed by Vishal Furia, the film will be produced by Vikram Malhotra and Jack Davis. At the same time, the screenplay and dialogue of this film will be of Vishal Kapoor.

Let me tell you that this film will be a Hindi remake of Chori Marathi language hit film Lachchappi. Makers have also announced this officially.

Now talking about Nusrat Bharucha’s workfront, then tell you that the actress started her career with a small screen. She first appeared in Zee TV’s serial ‘Kitty Party’. This serial came in the year 2002. The serial featured actress Poonam Dhillon in the lead role, but Nusrat Bharucha left the Kitty Party serial within a year. He then showed his interest in films.

Nusrat Bharucha received the film offer in 2006 after a long struggle. In 2006, Nusrat Bharucha started his career with the film ‘Jai Santoshi Maa’. His debut film could not do anything special at the box office and flopped. Then he was seen in the film ‘Kal Kisne Dekha Hai’ in 2009. Nusrat Bharucha’s second film also proved to be a flop badly, but he did not give up. She then appeared in the films ‘Love Sex Aur Cheat’ and ‘Pyaar Ka Panchnama’.