Old gold jewelery will not be useless, know how much time and cost will be spent in hallmarking new gold jewelery 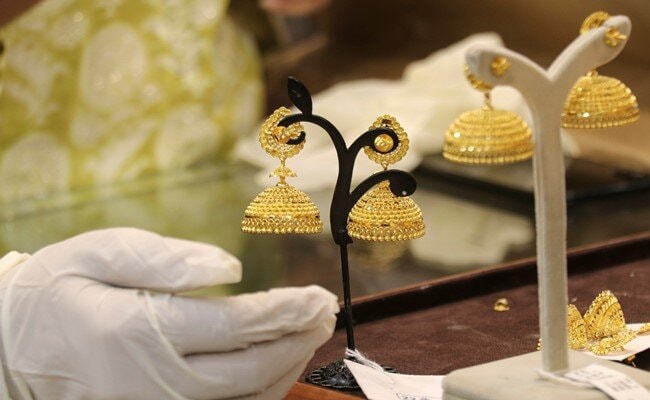 Gold Hallmarking Rules and Regulation: There are many apprehensions about the hallmark on gold jewelry

Gold Hallmarking Rules: In 256 districts across the country hallmarking on gold jewelery It has been made mandatory from June 16, but there are many such misleading news that customers have to keep the old ones lying at home Gold jewelery also hallmarked Have to do it, otherwise they will be of no value. We have spoken to Uday Gajanan Shinde, President of the Indian Association of Hallmarking Centers, to clear the doubts arising in the minds of consumers regarding many such misleading news.

Old jewelery will not be wasted…

On the question of hallmarking old jewelery, Shinde said that like demonetisation, it is wrong to say that old gold jewelery becomes worthless if it is not hallmarked. According to Shinde, there is currently no plan for hallmarking of old jewellery. Hallmarking can be done after melting the old jewelery to make it new. There is no facility for a customer to send his/her jewelery directly to the hallmarking center for hallmarking. Hallmarking will be done only through the registered jeweller. Yes, a customer can visit the Hallmark Center to check the purity of the jewelry. For that a fee of Rs 200 (GST) will have to be paid. A certificate of purity will be given to the customer.

Every jewelry will have its own unique ID…

After hallmarking the jewellery, the center will give the photo of each jewel and its HUID (Hallmarking Unique Identification) number to the jeweler by submitting it on the BIS portal. Meaning each piece of jewelry you make will have a unique number. If the jeweler sells this jewelry to a customer, then he will show him the withdrawal of that HUID number from his stock.

Customer records will not be there now

Manufacturers, retailers and wholesalers will all have to do hallmarking. Meaning hallmarking is necessary at the point of sale. At present, the provision of photo of jewelery has been removed by the government. A decision will be taken on keeping record of the name and address information of the jewellers. In the coming time, along with hallmarking of jewelry, all the data i.e. shopkeeper, customer’s name, address and phone number will also be known through jewelry.

How much will the cost of jewelry increase?

Shinde said that it is wrong to charge hallmarking fees according to the weight of gold ornaments. At present, Rs 41.30 will be charged including GST on every piece of jewelry. The purity of the jewelery will also attract a charge of Rs 200 per piece plus GST. Customers will not have to spend thousands of rupees for hallmarking on heavy jewellery.

How long will hallmarking take

Rubbishing the apprehensions that hallmarking would take weeks, Shinde said the hallmarking time would depend on the workload, total piece of jewelry, XRF machine, laser marking machine, FRSA unit etc. One set of machines can hallmark 600-700 pieces in 8 hours. That is, 1800 to 2100 pieces will be ready in 24 hours.

Not too expensive to take to the Hallmark Center

There is also a possibility of jewelry becoming expensive due to the cost of employees and petrol and diesel in sending gold traders from gold jewelery shops to hallmarking centers of the district daily for hallmarking. On this, he said that there are hallmark centers within a radius of 100 km. So when it should not cost much.

At present, the rules applicable in 256 districts only

The central government has said that at present hallmarking will be done on gold jewelery only in 256 districts of the country. As hallmarking centers open in other districts, hallmarking will be started there. At present, traders will be exempted to clear the old stock of gold jewelery till August 31 and no action will be taken till then. The government has also waived the registration fee for hallmarking. After this only hallmarked jewelery will have to be sold, not later, storing it is also a crime, hallmark will have to be sold. After manufacturing, it will go to the store or display.

these things off hallmark

Polkis, jadau bracelets, kundans, fountain pens and gold watches have been kept out of the hallmark. Jewelery weighing less than 2 grams will also not be hallmarked. The government is also preparing for the digitization of hallmarks, but for now Hallamark Unique Identification will be limited to hallmarking centers only.

Traders with a turnover of up to 40 lakhs are still out of the purview of hallmarking, but this will hurt them. Newly educated customers will not buy jewelery without hallmark. In 2017, 27 percent of purchases were from big brands, which has now increased to 43 percent in March 2020. Therefore, it would be better to bring small businessmen also under its purview. If small businessmen do hallmarking, then they will be able to sell these jewelery at a cheaper price than big shops.

Now hallmarking is necessary for the sale of gold jewelery